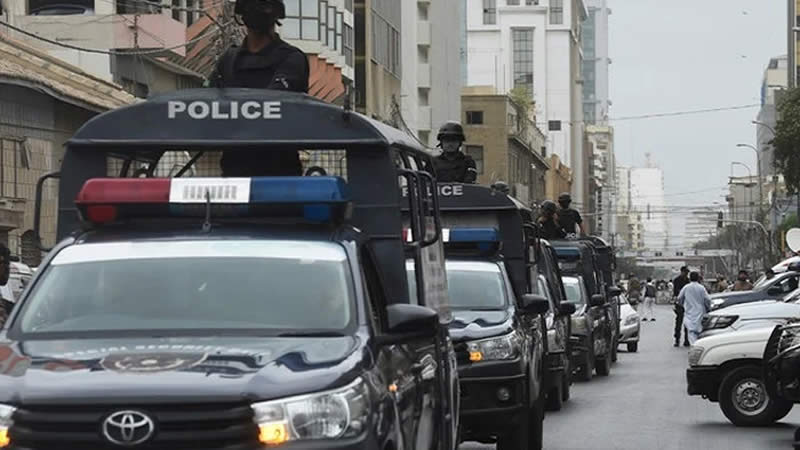 The Counter Terrorism Department killed one suspected militant and arrested five others in an encounter in Karachi’s Malir, officials said Monday.

“According to initial information, most of them (arrested militants) belong to Afghanistan and we have found the evidence of RAW’s involvement initially,” Sindh Information Minister Nasir Shah told reporters at the CTD office in Karachi.

The militants wanted to target the Sindh Assembly and other sensitive buildings in Karachi, the minister said.

A CTD statement said the group wanted to carry out suicide and VBIED (vehicle-borne improvised explosive device) attacks at the provincial assembly.

The militant who was killed in the encounter was identified as Lal Muhammand. The arrestees were identified as Zahidullah, Bismillah, Muhammad Qasim, Inamullah and Gul Muhammad.

CTD Deputy Inspector General Omar Shahid Hamid said the group had links with Afghanistan. Further investigation would reveal the nature of their relationship with the “hostile intelligence agency,” he added.

Hamid said the CTD and other security institutions had been keeping an eye on the city after the National Counter Terrorism Authority warned of an expected “major terrorist” attack in Karachi.

In the alert on February 3, Nacta said the militants were planning a VBIED attack on “an unspecified important government department” in the city.