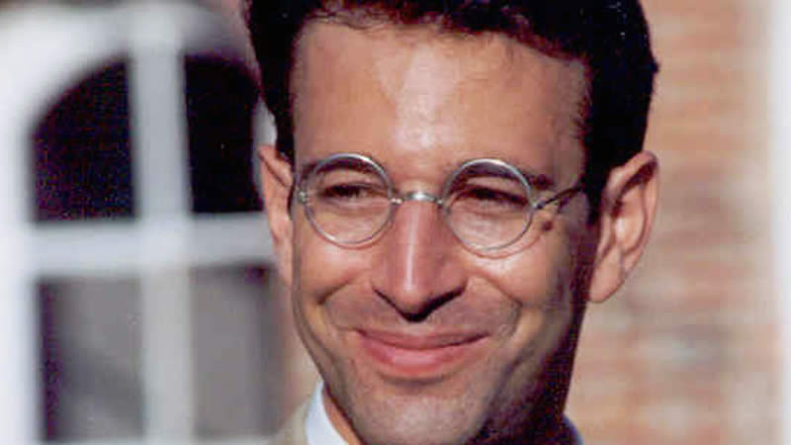 Accused complain of not being provided facilities in confinement; AAG assures redressal

The Supreme Court of Pakistan issued a notice to the Sindh government on Wednesday regarding the lack of medical and other facilities being provided to the accused of the Daniel Pearl murder case.

The notice was issued following the complaint by three of the case’s accused, who stated that the provincial government had not been providing the said facilities to them.

During the hearing, Mahmood Ahmed Sheikh, the counsel for the accused namely Khalid, Salman Saqib and Omar Sheikh, said that his clients penned a letter to him regarding the lack of facilities.

At this, Justice Umer Ata Bandial said that he was issuing a notice to the Sindh government regarding the complaint.

“Omar Sheikh is not allowed to move freely in the apartment,” the counsel said, adding that, “He is also only allowed to meet his son and wife, and not his mother-in-law, uncle and aunt.”

The counsel went on to add that his clients were locked in rooms during the night.

Responding to the complaints, Additional Advocate General Faisal Chaudhry assured the court that there will be no restriction on the movement of the accused in the apartment or on meeting his relatives.

He further clarified that the accused are not locked in their rooms, rather the apartment is locked at night.

The bench adjourned the hearing of the case for an indefinite period.

In its 2-1 majority judgment on March 27 in the Daniel Pearl murder case, the Supreme Court held that the entire evidence in the case was full of doubts and the prosecution had failed to prove the guilt of the four accused, including British born Pakistani Ahmed Omar Saeed Sheikh.

“Hence Criminal Appeal No 602/2020 filed by Ahmed Omar [Saeed] Sheikh is allowed. He is acquitted of all the charges. He shall be released from jail if not required to be detained in any other case,” said the majority judgment authored by Justice Sardar Tariq Masood and endorsed by Justice Mushir Alam.

The SHC on April 2, 2020 commuted the death sentence of Sheikh, convicted of kidnapping and murdering US journalist Daniel Pearl in 2002, to seven years, and acquitted three others who were serving life terms in the case – almost two decades after they were found guilty and jailed.

The SC on January 28 ordered authorities to release the accused while issuing a split order. The third member of the bench Justice Yahya Afridi did not agree with the majority view and issued a dissenting note.