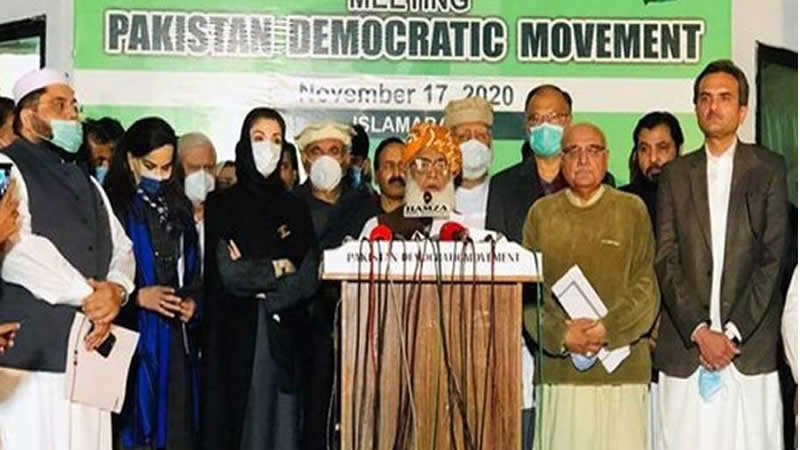 Sources privy to the development told The Express Tribune that the meeting will take place at the residence of the JUI-F chief in Islamabad.

Interestingly, the PDM chief has not invited two major opposition parties — ANP and PPP — to the meeting which have been at loggerheads with their allies over the matter of Senate opposition leader.

ANP last week formally announced to quit PDM and the PPP a day earlier asked its members to resign from their positions in the opposition alliance.

PPP Chairman Bilawal Bhutto Zardari said the party members will resign “in protest of the attitude, conduct and actions of other office-bearers of the PDM”. He reiterated that the his party’s CEC wanted the resignations from the assemblies to be the “last resort”.

Sources added that a total of eight parties have been invited to the meeting which will discuss the matter of PPP and ANP’s separation from alliance.

It will also decide the future course of action against PTI-led government, insiders said.

The alliance has been facing serious differences within its ranks over PPP’s Syed Yousuf Raza Gilani’s appointment as the Opposition Leader in Senate and the joint resignations of the opposition leaders from the assemblies to topple the Pakistan Tehreek-e-Insaf (PTI) led government.

While the PML-N wants PDM members to first resign from the assemblies, followed by a march towards Islamabad, the PPP has been in favour of the protest without the resignations.

Moreover, when Pakistan Muslim League-Nawaz (PML-N) Vice President Maryam Nawaz was asked about PPP’s fate, she responded saying, “it would be decided by the alliance’s chief Maulana Fazl-ur-Rehman”.

FIA launches probe into foreign assets of Tareen, his family