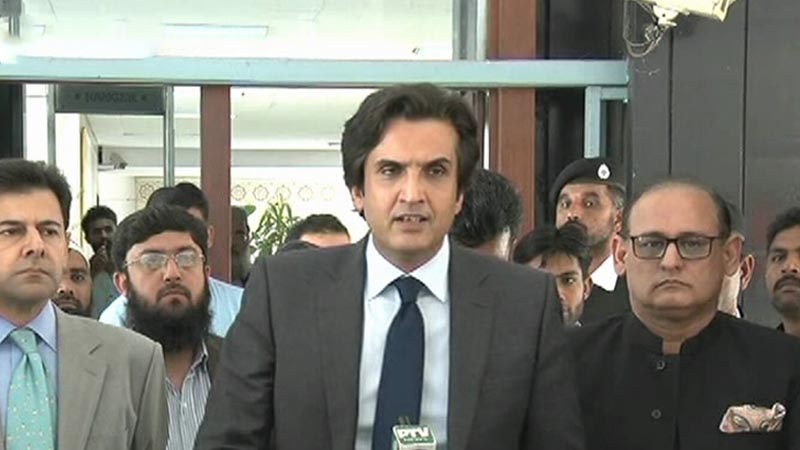 Pakistan Peoples Party (PPP) Senator Mian Raza Rabbani has expressed his surprise over the appointment of Makhdoom Khusro Bakhtiar as federal minister for industries and production and termed it a “direct conflict of interest” because of his and his family members’ involvement in the sugar industry as mentioned in the report of the sugar commission.

In a statement here on Sunday, Mr Rabbani regretted that Mr Bakhtiar had been given this important portfolio exactly one year after his removal as the minister for national food security in the aftermath of the report released by a team of the Federal Investigation Agency (FIA) on the sugar and wheat crises and beneficiaries of subsidies obtained by the industry’s bigwigs.

The report had also named ruling Pakistan Tehreek-i-Insaf’s (PTI) senior leader Jahangir Tareen as a beneficiary of the subsidy which led to his removal from the office of the party’s secretary general.

“Mr Bakhtiar was removed as the minister for national food security as having a conflict of interest in the light of the report of the sugar commission. How the conflict disappears in the ministry of industries and production which, in fact, has a direct link with the sugar industry,” said Mr Rabbani.

“That perhaps is not needed, because he (the finance minister) has to sign on the dotted line of a budget dictated by the IMF (International Monetary Fund),” said Mr Rabbani, while criticising the government’s economic policies.

Last year, two reports on the sugar and wheat crises in the country were made public, exposing ruling PTI’s bigwigs Tareen and Bakhtiar, PML-Q’s Monis Elahi and their relatives as being involved in the scam. The reports were made public on the directives of Prime Minister Imran Khan, who had ordered stern action against those found involved in the crises “irrespective of their status and party affiliation”.

Gas utilities told to cooperate with developers of LNG terminals