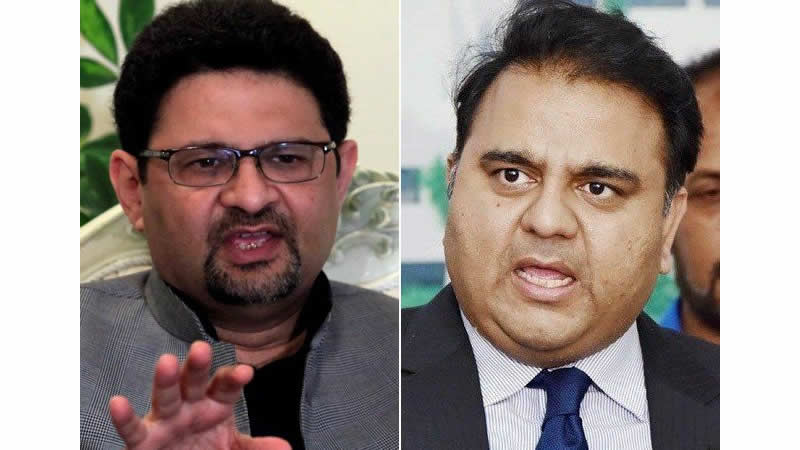 Federal Information Minister Fawad Chaudhry has taken a dig at Pakistan Muslim League-Nawaz – one of the main ‘anti-establishment’ opposition parties of the country – saying that PPP co-chairman Asif Zardari has “reminded PML-N of army’s significance”.

Fawad was responding to a statement reportedly given by PML-N candidate Miftah Ismail regarding the recently-held controversial by-poll in Karachi’s NA-249 constituency, which sparked debate about much-needed electoral reforms in the country.

Miftah in his application has requested the chief election commissioner (CEC) to take immediate steps to seize the by-election record including ballot papers of NA-249 by poll. He demanded that election record should be kept under the supervision of Pakistan Army or Rangers to ensure its safety until the final decision about the controversial election results is made.

Miftah, who also served as finance minister during the PML-N’s last stint, alleged in his application that majority of presiding officers (POs) and election staff had some affiliation with the Sindh government, thus alluding they helped the ruling PPP to win Thursday’s by-election.

His demand came a day after Election Commission of Pakistan (ECP) ordered withholding the results of the NA-249 by-poll, accepting Miftah’s application for a recount.

The hearing on the plea filed by the PML-N leader, who came in second place with 15,473 votes losing to PPP’s Qadir Khan Mandokhel by a slim margin of just 683 votes, is scheduled to be held on May 4.

“Miftah Ismail has been saying that the record should be kept under the supervision of army. Zardari has reminded PML-N of the army,” Fawad wrote on his official twitter handle on Sunday.

While hinting towards the hard-hitting statements made by the PML-N leadership against the state institutions, Fawad said: “That’s why it’s said that think hundred times before speaking.”

The minister added that the respect for the country’s institutions is necessary “as states cannot sustain without them”.

in another tweet, Fawad said PML-N’s refusal to hold negotiations on electoral reforms is very unfortunate.

Fawad said that PML-N’s demand that the reforms should be carried out by ECP instead of parliament show that “they have no understanding of the system and no interest in reforms”.

“Why a party which always came to power through conspiracies would want electoral reforms,” he remarked.

PML-N President and National Assembly Opposition Leader Shehbaz Sharif earlier in the day had rejected the government’s proposal of using electronic voting machines in next elections. In a statement Shehbaz had said the electronic voting system had been rejected by the entire world and an entire system of a country cannot be changed over the whims of a single person. “The process of electoral reforms is essentially an inclusive process with everyone on board.”

Responding to Fawad’s statement, PML-N spokesperson Marriyum Aurangzeb said those who “kidnapped ECP staff” during recently-held Daska by-poll should not give other lectures about election reforms.

Marriyum said those who are a product of a “rigged elections” want to be entrusted with the electoral reforms. She claimed that the ruling PTI came into power through backdoor and rigged elections.

PTI, Marriyum said, is speaking about elections reforms “because it is desperately finding ways to rig elections after facing defeat in all by-polls”.

“PTI is searching for innovative ways to sneak their way into power through rigging,” she added.