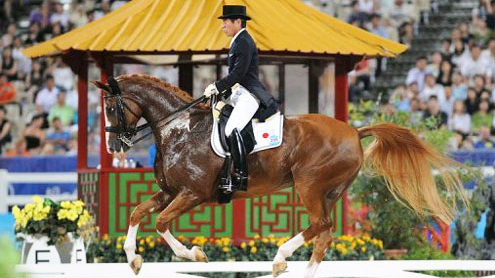 TOKYO: Japanese equestrian rider Hiroshi Hoketsu has qualified for a spot at the London Olympics at the age of 70.

Hoketsu, who will turn 71 on March 28, qualified by winning an international dressage meet in France on Thursday. Japanese equestrian officials are expected to announce in the next few weeks whether he will actually compete in London. Hoketsu, who is based in Germany and competed in the 1964 Olympics in Tokyo, become Japan’s oldest Olympian when he took part in the 2008 Beijing Olympics at the age of 67. The oldest Olympian was Swedish shooter Oscar Swahn, who won a silver medal at the 1920 Olympics in Antwerp, Belgium, at 72. Before Hoketsu, the oldest Japanese Olympic athlete was equestrian rider Kikuko Inoue, who took part in the dressage in Seoul aged 63 years and nine months. Dailytimes