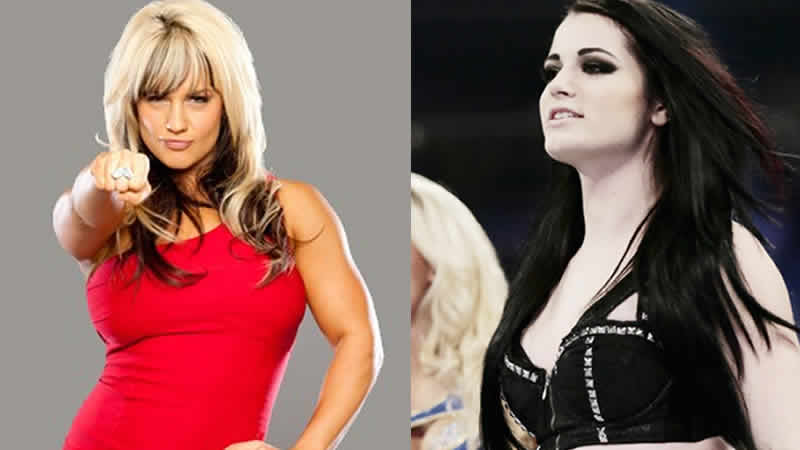 Who are the hottest women wrestlers in the world right now? Is it a WWE Knockout? A TNA Queen? When the word “wrestling” comes in mind, many people won’t immediately think of hottest ladies, however, during the past 10 to fifteen years, wrestling has become a place that showcases a number of hottest women from the world.

These sensual vixens torment male audiences on a weekly basis.

Born as Barbara Jean “Barbie” Blank, an American model, professional wrestler, and professional wrestling valet, better known by her ring name Kelly Kelly. She is best known for her time with WWE. Of all the hottest women wrestlers in all the lands, Kelly Kelly is best. No other lady on this list begins to compare with the sexual appeal of Kelly Kelly. She stands atop a hot list of hotties and does so with the greatest of ease.

Maria Kanellis – One of the hottest diva’s to grace our top ten list. It can be so easy to forget about the world around you when scrolling through the Internet and running across women like Maria Kanellis. An American singer-songwriter, actress, model, and professional wrestler, best known for her time with WWE, and is working for Ring of Honor as the valet of her real-life boyfriend Mike Bennett. She began competing in the ring as a wrestler in 2005. She also posed for the April 2008 cover of Playboy magazine, which was incorporated into a storyline on Raw. She released her debut album Sevin Sins on April 13, 2010 on iTunes.

Once again, it is TNA and not WWE that has a ridiculous hottie in my top 10, Brooke Adams. She previously worked for World Wrestling Entertainment appearing with Kelly Kelly and Layla in the dance group Extreme Exposé on the company’s former ECW brand. She is a former two-time TNA Women’s Knockout Champion and a one-time TNA Knockouts Tag Team Champion with Tara, known collectively as TnT.

Where did these women come from? Ever since the merger between WCW, ECW, and WWE, it seems that a lot of the beautiful women in wrestling moved onto TNA. Regardless of the reason, TNA truly has the most talented pool of hotties. Thea Trinidad, best known by her ring name Rosita, is another hottie from TNA. Rosita hasn’t been in the business long, but that hasn’t stopped her from climbing to the top.

A Swedish born, former eight-time World Arm Wrestling Champion, Sarah Bäckman is one of the most decorated women’s arm wrestlers in the world. She is currently working for WWE competing in their developmental territory, NXT Wrestling. Sarah began arm wrestling at age 14. She retired from arm wrestling to pursue a wrestling career in May 2013 when she decided to sign with WWE.

Her beauty is powerful enough to captivate millions of men all over the world. She is more than just the beauty you see on TV. Of course, that is our favorite part, and she spot the 8th place on our list of 10 hottest women wrestlers today. Born as Jamie Lynn Szantyr, is a former two time TNA Women’s Knockout Champion and is a former TNA Knockouts Tag Team Champion as part of The Beautiful People (with Madison Rayne and Lacey Von Erich), with the group defending the title under the Freebird rule.

Eve Torres is an American dancer, model, and professional wrestler. She is best known for her work with WWE as Eve, as well as her full name. If she is dancing out in ring or bossing people around as the assistant general manager, Eve is still smoking hot. She has many stories to tell. She is much more interesting to talk to than that Kardashian lady. She dated Reggie Bush in college, was a dancer for the L.A. Clippers, won the 2007 WWE Diva Search contest, and is trained in Brazilian Jiu-Jitsu.

Born as Celeste Beryl Bonin, is an American body builder, model, and professional wrestler. She is best known for her time in WWE. She won her only WWE Divas Championship in January 2013. The WWE began a show with intentions of becoming a reality meets wrestling drama. Kaitlyn was the first female to ever win the show in season three. It featured other women you will come across on this list, but Kaitlyn came out victorious.