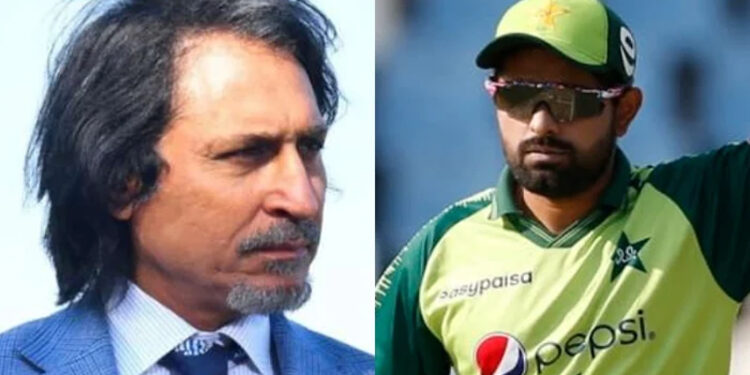 Sources within the PCB told The News that the ex-cricketer has allowed Babar Azam the freedom to choose his team for the mega-event. However, he has also demanded results from the skipper.

“You [Babar Azam] are free to pick a team for the World Cup, whoever you want, I need results,” a source quoted him as saying. “No one will interfere in the selection matter but there will be no compromise on fitness.”

Sources said Ramiz Raja was referring to the fielding fumbles in the first Test match against the West Indies, which cost Pakistan the game and, as a result, eluded the Men in Green from winning the series.

Babar thanked Raja and promised to come up with results in the tournament, which will kick off on October 17.

Raja has been nominated by Prime Minister Imran Khan, patron-in-chief of the PCB, for the post. The PCB Board of Governors will meet on September 13 to elect the chairman.

Ramiz Raja begins consultations
Geo News had earlier reported that the former cricketer and ex-Pakistan skipper had begun consultations for the implementation of his roadmap for Pakistan cricket in the days to come.

Sources had told the TV channel that Ramiz Raja has contacted top PCB officials and has started giving his input, according to his proposed roadmap, to them on steps to improve Pakistan cricket.

Whatever decisions are made in the coming days will be in accordance with Ramiz Raja’s roadmap, sources in the PCB said.

If appointed, Raja will be faced with many challenges. One of the first ones will be the selection of the national team for the upcoming World Cup and a change in the team management, which he is not happy with.

Implementing the financial model of the Pakistan Super League (PSL), the title sponsorship, and the broadcasters’ agreement for the next three years will be some of the other hurdles in Raja’s way.

He will also have to deal with the problems associated with the National High-Performance Center, domestic, school, and club cricket.

Raja will have to make changes to the top floor of the PCB from his team.

Sources also said that PCB CEO Wasim Khan’s contract will not be renewed or extended. His contract expires early next year.