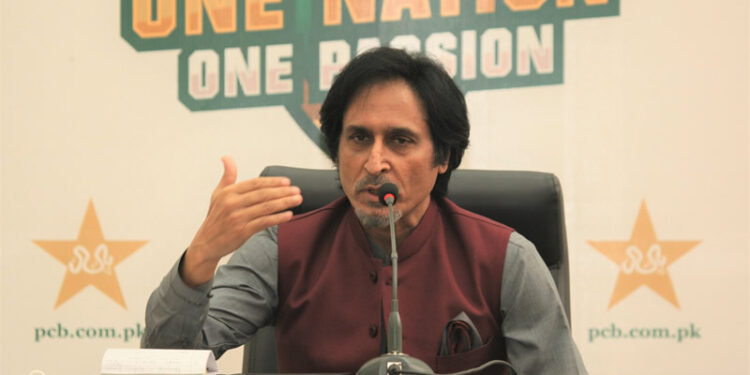 Rameez Raja, the new chairman of the Pakistan Cricket Board (PCB), has said that the head coach of the Pakistan cricket team for the ICC World Twenty20 will be Matthew Hayden, a former Australian batsman, while Vernon Flanders of South Africa will be the fielding and bowling coach. ۔

In his first conference in Lahore, PCB chairman Rameez Raja said that Matthew Hayden and Vernon Flanders have been appointed as coaches for the ICC World Twenty20 starting October 17.

Rameez Raja said that the team has to be given a new direction, everyone needs to be supported, Pakistan cricket team will have a national coach along with foreign coaches.

He said that the team that has been selected in the World Cup, now we all have to support it, these boys will give good results.

Rameez Raja said that any club will give an international cricketer, the board will bear all the expenses of that club, the pay scale of women cricketers will also be taken up.

“I also felt bad about not having DRS in the home series against New Zealand. I will definitely talk about it. I did not change the team. There is no truth in that,” he said.

Rameez Raja further said that Imran Khan is a great leader, he trusted me, Misbah and Waqar Younis worked hard and honestly, thank you too, this position is not easy, this is firing range, we have cricket To work and meet the challenge, the commentary box is an easy position, leaving it here is challenging.

Newly elected PCB chairman Rameez Raja said that the 1992 team is also here. I ask them to give their opinion openly. I always thought that if I get a chance to come to this position, I will correct my vision. The cricket team is connected, school and club cricket has to be improved, there is uncertainty in first class cricket, there is a lot of confusion as to which system is better.

He said that I have to make decisions on the position I have come to, Pakistan has 4 to 5 match winners, back the team, you will get good news in ten days on Saturday, I will make decisions but there will be mistakes. I have a lot of work to do, the results will come out in six months.

Rameez Raja said that there are great minds in the governing board, they can give good suggestions, there is still a lot to be done at the international level, they will set up high performance centers in Sindh and Balochistan. Play, I have come here to make a difference, if there is no difference then my coming is useless.

When asked about Rameez Raja on Pakistan-India cricket, Rameez Raja said that it is impossible to have a series at this time.

Replying to a question, Rameez Raja said that the resignations of Misbah-ul-Haq and Waqar Younis were approved by the previous board.