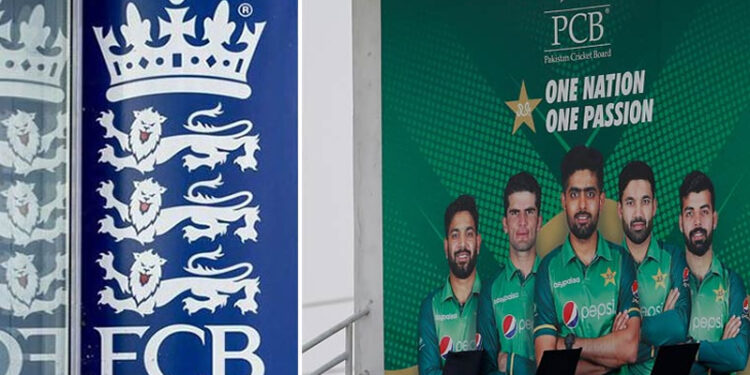 England withdrew both the men’s and women’s teams from next month’s tour of Pakistan, the England and Wales Cricket Board (ECP) announced on Monday, three days after New Zealand abandoned their tour of the country amid security concerns.

The England men and women’s teams were each scheduled to play two Twenty20 international matches on October 13 and 14 in Rawalpindi, with the women’s side due to stay on for a three-match one-day international series from October 17-21.

“The ECB board convened this weekend to discuss these extra England women’s and men’s games in Pakistan and we can confirm that the board has reluctantly decided to withdraw both teams from the October trip,” the ECB said in a statement.

"We can confirm that the Board has reluctantly decided to withdraw both teams from the October trip."

“We know there are increasing concerns about traveling to the region and believe that going ahead will add further pressure to a playing group who have already coped with a long period of operating in restricted Covid environments.”

“The mental and physical well-being of our players and support staff remains our highest priority and this is even more critical given the times we are currently living in,” the ECB statement added.

The historic trip, which would have been the first-ever by an England women’s team and the first by their male counterparts since 2005, was in doubt from the moment New Zealand pulled out of their own series in Pakistan on Friday over security fears.

Former Pakistan skipper Javed Miandad blamed “a negative mindset” of the Western countries. “They first force us to inspect our security and then pull out without any solid reason,” said Miandad, who backed a return to neutral venues. “Pakistan should ask them whether they want to play or not and if they say, yes, then playing in the UAE is one option because we need cricket.”

Pakistan Test opener Shan Masood deplored England’s decision. “Pakistan as a nation and as a cricketing board has made countless sacrifices and efforts after six years of exile,” Masood told AFP. “We have toured to places during Covid to keep the game going, so please be there for us when we need you,” said Masood, referring to Pakistan’s tours of England and New Zealand.

On Friday, the New Zealand Cricket said the tour was canceled after an escalation in the government’s threat levels for Pakistan and advice from its cricket security advisers on the ground. In a statement, Prime Minister Jacinda Ardern supported the cancellation, saying: “Player safety has to be paramount.”

On Saturday, the NZ Herald reported that ‘Five Eyes’ – a global intelligence alliance of New Zealand, Australia, Canada, the US, and the UK – had issued the security threat, which the authorities took very seriously.

The newly-elected Chairman of the Pakistan Cricket Board PCB, Ramiz Raja, admitted on Saturday that Pakistani cricket was facing “a lot of pressure” because of the cancellation of the New Zealand tour but urged the players to “vent your frustration and anger by performing well”.

Raja also expressed disappointment on the ECB decision, saying that England had failed the Pakistan cricket team by pulling out of the tour. However, he stressed that the country would “survive” these setbacks and emerge as the best team in the game.

“Disappointed with England, pulling out of their commitment and failing a member of their cricket fraternity when it needed it most,” he tweeted. “Survive we will inshallah.

A wake-up call for Pak team to become the best team in the world for teams to line up to play them without making excuses.”

In 2012 and 2015 Pakistan hosted England in the United Arab Emirates which has staged most of the home series for Pakistan since the 2009 terrorist attack on the Sri Lankan team in 2009. Since then,

Disappointed with England, pulling out of their commitment & failing a member of their Cricket fraternity when it needed it most. Survive we will inshallah. A wake up call for Pak team to become the best team in the world for teams to line up to play them without making excuses.

Rawalpindi was due to host men’s and women’s Twenty20 double-headers on October 13 and 14 as England’s men prepare for next month’s T20 World Cup. Heather Knight’s women’s team was then due to play one-day internationals (ODIs) on October 17, 19, and 21, also in Rawalpindi.

After the cancellation of tours by New Zealand and now England, Pakistan faces the risk of further cancellations. England’s men are due to travel to play five ODIs in October 2022 and the ECB reiterated “an ongoing commitment to our main touring plans there for 2022.”

Cricket Australia has said it is monitoring the situation, gathering information from security experts, before deciding to tour Pakistan in February and March next year. Australia has not toured Pakistan since 1998 over security fears.

The UK High Commissioner to Islamabad Christian Turner said he was sad at the cancellation of the tour but expressed the hope that the team would travel to Pakistan in the autumn of 2022 for full tour.

“So sad that ECB cricket has decided not to come to [Pakistan] next month. My thanks to PCB & all who worked so hard to get us to this point. Understand the disappointment that all cricket fans will feel; still looking forward to the full England tour in autumn 2022.”

So sad that @ECB_cricket have decided not to come to ?? next month. My thanks to @TheRealPCB &all who worked so hard to get us to this point. Understand the disappointment that all cricket fans will feel; still looking forward to the full England tour in autumn 2022. https://t.co/2Y9jnsPUh6