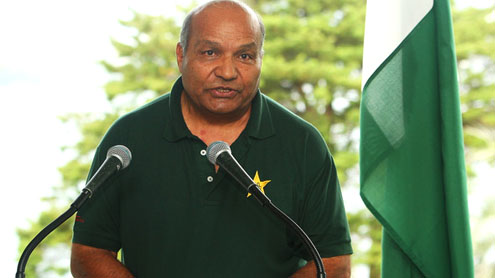 LAHORE: The Pakistan’s foreign coaching team on Monday conducted fitness trials of the national teams to check the performance level of the players in all the departments of the game.

The trials started at the National Cricket Academy (NCA) and apart from Umer Akmal and Mohamamd Hafeez, who will give fitness test on Tuesday, all the players were present at the NCA to show their level of competence.Pakistan head coach Dav Whatmore and fielding coach Julien Fountain supervised the fitness trials.“We just want to record the fitness of the players and identify the areas we need to work on,” said Pakistan Cricket Board Director Intikhab Alam.

“We have started with the senior players and later the same practice will be applied for the junior players,” he maintained.” “It is PCB’s selection procedure to assess the players and pen down their abilities to finalise the list for the central contract,” said he. – Nation