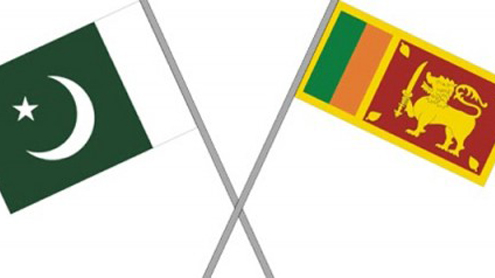 GALLE – Rivals Pakistan and Sri Lanka united Tuesday to demand mandatory video technology after several umpiring howlers in their first Test, placing themselves in opposition to India’s powerful board.

The Decision Review System (DRS), which uses ball tracking and thermal imaging to verify umpires’ decisions, was recommended for mandatory use by cricket chiefs Monday, subject to member nations financing the technology.  But Sri Lankan captain Mahela Jayawardene said he wanted the International Cricket Council (ICC) to pay for the technology if individual boards, such as his own, cannot afford to fund it when they host touring teams.  “The ICC must take it upon themselves to fund the system for the boards which cannot afford to, instead of leaving it to them to decide whether they use it or not,” said Jayawardene.

“I have always been a fan of the DRS. It might not be 100 percent technology, but if we can use it to get the maximum number of correct decisions, it will help the umpires as well,” he said. The Galle Test, which Sri Lanka won by 209 runs on Monday, was marred by at least 12 contentious decisions by umpires Steve Davis of Australia and Ian Gould of England, with Pakistan suffering the most. DRS is not being used in the three-Test series, reportedly due to cost factors. The ICC’s Executive Board will consider a recommendation by its chief executives’ committee to make DRS mandatory at meetings in Kuala Lumpur over the next two days.

The ICC had previously made DRS mandatory for all series, but changed its stance last year following objections from the influential board in India, which accounts for the lion’s share of global cricket revenues. Mohammad Hafeez, captaining Pakistan in Galle in the absence of Misbah ul-Haq, said the uncertainty about the video referral technology should end. “One thing I want to say is that it is time for the highest authorities to make a decision about the DRS,” said Hafeez. “It should be made compulsory for every game. “I feel as a player, not having the DRS puts a lot of pressure on you and that pressure goes to the umpires. If this technology can improve the game, then why not? “The authorities should either go for it, or not at all.”

Pakistan coach Dav Whatmore had on Sunday slammed the selective implementation of the DRS, which Sri Lanka Cricket used in the previous home series against England but not in the ongoing one. “It does not seem right to me that you have it for one series and not for another,” said Whatmore, a former Sri Lankan World Cup winning coach. India has been suspicious of DRS since making a number of unsuccessful referrals during the 2008 Test series with Sri Lanka, when the technology was on trial. India’s cricket board said in a statement on Monday that its stance on the system remained “unchanged”, arguing that it was “not foolproof”. India cannot veto a decision by the full ICC board to make DRS compulsory.

But it does enjoy outsized influence thanks to the money it has generated in the world game, in part owing to the Indian Premier League’s runaway success. India disagrees, shows hostility for DRS technology India’s powerful cricket board has maintained its opposition to mandatory video technology despite backing for the system from the sport’s world chiefs meeting in Kuala Lumpur. Indian officials said their stance on the Decision Review System (DRS) was “unchanged” despite a recommendation for the technology to be compulsory in all Tests and one-day internationals, costs allowing.

“The BCCI continues to believe that the system is not foolproof,” the Board of Control for Cricket in India said in a statement released on Monday. “The board also sticks to its view that the decision on whether or not to use the DRS for a particular series should be left to the boards involved in that series.” The comments set the stage for more controversy over DRS, which uses ball-tracking and thermal imaging to verify umpires’ decisions. It was made optional last year, rather than compulsory, at India’s insistence. India, which accounts for the lion’s share of global cricket revenues, has been suspicious of DRS since making a number of unsuccessful referrals during the 2008 Test series with Sri Lanka, when the technology was on trial.

But most other cricketing nations including England and Australia support the system. At the weekend, Pakistan coach Dav Whatmore was incensed when DRS was not used during the first Test against Sri Lanka, reportedly for cost reasons. Pakistan suffered from a number of umpiring errors in the match. The recommendation for mandatory DRS, made by the chief executives’ committee of the International Cricket Council on Monday, will now be considered by the body’s board at a meeting on Tuesday and Wednesday.-Pakistantoday