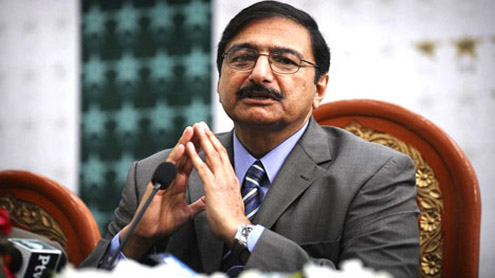 The International Cricket Council (ICC) board had passed a wide-ranging and controversial shake-up of its governance and structure on February 8, effectively placing India, England and Australia in charge of the game.

The dominant trio, or the ‘Big Three’, seemed to be the big winners after the proposals were approved by the necessary eight out of 10 full members at a hastily convened ICC board meeting in Singapore.

Sri Lanka, Pakistan and South Africa had all opposed the revamp when it was debated last month, but South Africa’s Chris Nenzani had voted in favour at the meeting. Sri Lanka and Pakistan abstained.

In the revamped ICC, India – which contributes 80% of global revenues – and fellow powerhouses England and Australia will have permanent seats on a new, five-member executive committee.

While addressing the function today, Ashraf said Pakistan tried to have a working relationship with India but it will not agree on anything against its national interest and its cricket.

Ashraf stated that the PCB’s governing board was taken into confidence regarding Pakistan’s official stance on Big Three. The former PCB chairperson also stated that there should be no politics in cricket and whatever work he had done as the chairman was done in the best interest of the country, adding that he had no personal agenda whatsoever.

Talking about the constitution of PCB, he commented that it was the responsibility of the government to make the laws not the PCB’s. – tribune