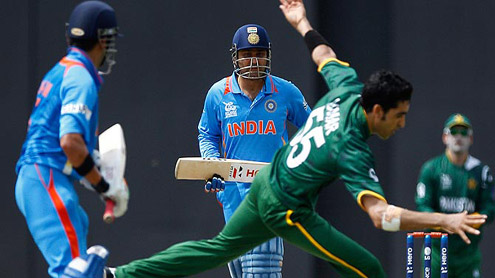 Pakistan is hoping to play at least six series against India as part of a deal apparently struck at the recently concluded International Cricket Council (ICC) Board Meeting, a report by Cricinfo says. Pakistan cricket chief Najam Sethi said on Friday his country will get eight years of series, including archrivals India, earning $300 million, after agreeing to the revamp of the game’s governing body. Pakistan had opposed changes to the International Cricket Council (ICC) which hand the majority of powers and revenues to the “big three” of international cricket, India, Australia and England.

The suggested reforms were approved by majority (eight out of 10 countries in favour) at the ICC Board meeting in February, during which Pakistan and Sri Lanka abstained from voting. After an ICC meeting in Dubai on Thursday, the Pakistan Cricket Board (PCB) announced it would conditionally support the reforms — to be officially signed in June this year — which Sethi said will bring major benefits to cash-strapped Pakistan. “The BCCI could look to slot in as many as six series against Pakistan, due to the gaps that are available in the existing FTP calendar.

The first of these bilateral series could take place in the UAE in the winter of 2015,” the Cricinfo report says. The PCB is now waiting for a final confirmation from the BCCI following its Working Committee meeting, which will take place at the end of this month. India have not played a full series with Pakistan since the 2008 terror attacks on Mumbai. Pakistan did play a short limited over series in India in December 2012 but a full tour has yet be finalised. -Dawn

Gas Pipeline blown up in Khairpur

Gas Pipeline blown up in Khairpur