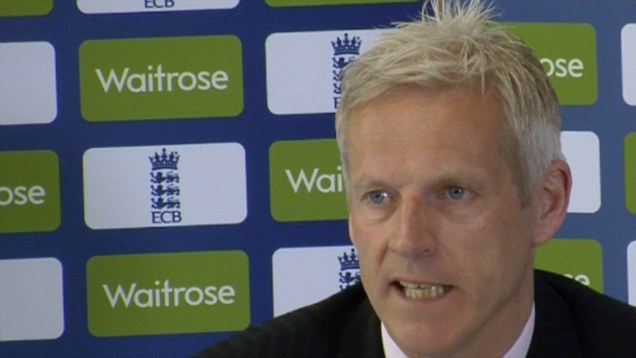 Peter Moores has been given a second chance as England head coach, after the England and Wales Cricket Board (ECB) announced his appointment on Saturday. Moores, the first man to twice be appointed England coach, replaced Andy Flower after the former Zimbabwe batsman stood down following the team’s 5-0 Ashes thrashing in Australia.

In a two-year spell from 2007 to 2009, the 51-year-old Moores led England in seven Test series, starting with a 3-0 win over West Indies, after replacing Duncan Fletcher. However, he was forced out in 2009 following a rift with Kevin Pietersen that cost the star batsman the England captaincy, although the ECB ended Pietersen’s international career after the recent Ashes debacle. Peter Moores latest appointment means there is no longer a position in the hierarchy for limited overs coach Ashley Giles after England decided they wanted one coach across all three formats. Moores joined Lancashire in February 2009, having previously guided Sussex to the County Championship title in 2003.

Lancashire had not won the championship outright since 1934 but their long wait ended in 2011. In an ECB statement, Peter Moores said: “I am very excited about the prospect of returning to a role I have done before and to building a strong relationship with (captain) Alastair Cook and the rest of the players and staff. In any time of change there comes opportunity and this is one I can’t wait to get stuck into. ECB managing director Paul Downton added: “Peter Moores has a great reputation around the world as an outstanding coach and he will return to the role as England head coach with a great deal more experience and understanding of the challenges that the role presents.

“There is no doubt that he is the leading English coach of his generation and I believe that this is his time,” the former England wicketkeeper added. “His domestic credentials are beyond reproach having won the County Championship at Sussex and then repeating the feat at Lancashire, whose 2011 triumph was their first for 77 years. “He was also the lead at the National Cricket Performance Centre at Loughborough between 2005 and his appointment as England coach in 2007. “In his time with England he gave Test debuts to Stuart Broad, Matt Prior and Graeme Swann as well as helping to further the international careers of players like the current England captain Alastair Cook and James Anderson.

“He also brought Andy Flower into the England set-up as well as influential individuals like Mushtaq Ahmed as spin bowling coach. “I was hugely impressed by his vision for the future of the England team and I am looking forward to working with him in the years to come. “I would personally like to thank Ashley Giles for the job he did with the limited-overs squads in the last 18 months. “It was a really difficult decision to make as we had an outstanding field but the panel was unanimous in the choice of Peter.” Flower remains in the ECB hierarchy, having been appointed to the newly-created post of technical director of elite coaching last month. England’s next match is a one-day international against Scotland in Aberdeen on May 9. -Dawn