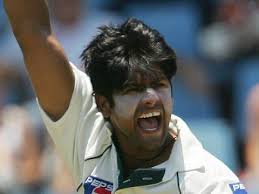 “Khan owes money to a number of national players, including me, who played in the ICL. He embezzled our remaining legal payments. I have no other choice than to move a court against him”, said he. In the 2008 edition of the unofficial ICL, Moin Khan coached the expansion team, the Lahore Badshahs comprising Pakistani players like Shahid Nazir, Mohammad Yousaf, Rana Naveed ul Hasan, Inzamamul Haq, Abdul Razaq and Imran Nazir among others.

Former bowler also revealed that Moin Khan used to charge a commission of 15 percent of players’ total earnings “Khan is also sitting on millions of rupees supposed to be paid as sales tax. He is bound to have our payments cleared from the ICL management “, Nazir said Meanwhile, Moin Khan was not available to comment on Shahid Nazir’s accusation.–SAMAA