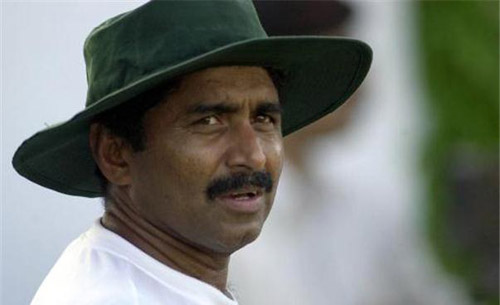 Former Pakistan captain and ex-Director General Pakistan Cricket Board (PCB) Javed Miandad has questioned the legality of the decisions taken by PCB Chairman Najam Sethi regarding appointment of team officials.

“His appointment is for a short tenure. So Mr Sethi cannot take decisions like the two-year appointment of various officials of the national team,” Miandad told APP on Monday. “These decisions are unilateral and against the constitution as he was given the mandate of holding elections and democratising the PCB and associations,” he commented. Miandad said Najam Sethi was given four months to streamline the PCB system but had gone far beyond his role as someone who was only supposed to oversee the process.

“I don’t think Sethi had the authority for long-term appointments,” he claimed. Miandad, who tendered his resignation as DG PCB a couple of weeks after Sethi was appointed PCB chief, said the chairman had himself admitted that he would be leaving after holding elections in four months. “I am not saying these things because I have any personal vendetta against anyone. But in the larger interest of cricket,” he reckoned.

“He (Sethi) should have adopted a wait-and-see policy instead of going for the appointment of Pakistan team officials,” he added. Sethi has appointed former Test captain Moin Khan as manager-cum-chief selector in addition to his role on a committee formed to appoint the team’s chief coach. Another ex-Pakistan captain and fast bowling ace Waqar Younis is all but set to take up that post after being offered a two-year contract.

“These all wrong decisions and could cause great harm to Pakistan cricket as they could be challenged in the court of law,” Miandad remarked. He said Pakistan cricket had greatly suffered after terrorist attacks on Sri Lanka team in Lahore in March 2009 but more harm was being done by the inconsistent decisions of the present PCB regime . Javed Miandad, who served Pakistan cricket for nearly two decades, said too many appointments in the Pakistan team could be harmful instead of bringing improvement.

“You cannot coach the players, who have played for Pakistan for so many years. Too many coaches may end up spoiling things even more.” “If somebody has a problem with technique, he should be sent to NCA.” –dawn