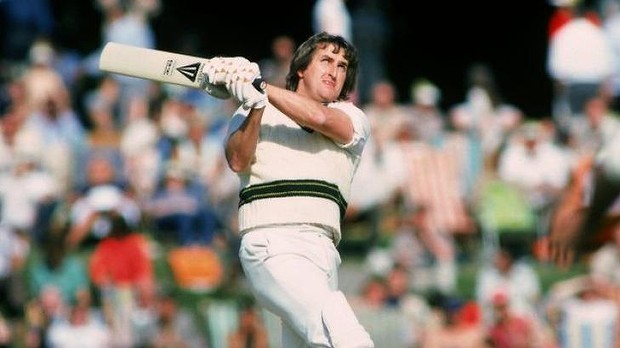 He played 15 Tests for Australia and five One-day Internationals, including the inaugural World Cup semi-final against England in 1975 in which he took six wickets for 14 runs at Headingley. “Gary’s passing is a great loss for Australian cricket,” Cricket New South Wales chairman John Warn said. In his 42 first-class matches for New South Wales, the left-arm swing bowler took 140 wickets at an average of 33.36. He was also one of a small numbers of players to score a century on debut for New South Wales, making 122 against South Australia in 1972.

The 1975 World Cup remains his finest performance and after the semi-final he went on to claim five for 48 in the final at Lord’s against the West Indies who won the tournament. Cricket officials said Gilmour’s complications escalated after a recent fall. He underwent a liver transplant in 2005, when his former captain Ian Chappell led a number of former team-mates to raise money for the operation. “He was at the front of the queue when they were handing out talent, but unfortunately he was right at the back of the queue when they handed out health and good luck,” Chappell told Fairfax Media on Tuesday. “He had unbelievable ability and I think that was best summed up by his performance in the World Cup semi-final. We were desperate to win that game, not just because it was England, our great rivals.

But they didn’t think we could play one-day cricket. Gus swung the ball all over the place, and then he got us home with the bat.” Gilmour scored 483 runs for an average of 23 in his Test career that included one century. He also claimed 54 wickets at an average of 26. Fairfax said Gilmour’s wife, Helen, and their family were also mourning the recent death of their son, Clint, from brain cancer at the age of 33. The couple had two other sons and a daughter. Former Australia Test leg-spinner and popular broadcaster Kerry O’Keeffe said in a tweet: “Gus Gilmour has passed away… a sad day…had not an enemy in the game.” –dawn