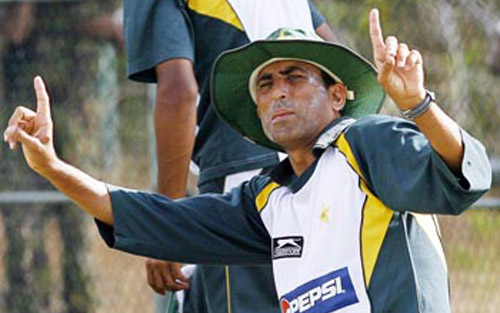 Chairman PCB Najam Sethi has taken notice of the rules relating to Central Contracts of Players in which a renowned and star player like Younis Khan has been placed in Category ‘B’, and ordered a suitable amendment to rectify the situation, a PCB press release said.

According to the press release, as per the new clause to be inserted into the rules, any player who has played over 300 matches in all three formats of the game, and has captained in all three formats will be placed in Category ‘A’. Therefore Younis Khan will be placed in Category ‘A’ after amendment in the rules. PCB Chairman Najam Sethi said, “The Committee comprising Zakir Khan,

Moin Khan and Mohammad Akram did a good job in framing the rules but it did not sufficiently address all issues, especially fitness and past performance, whereby a class player like Younis Khan was a fitting candidate for Category ‘A’.” For the record, Younis Khan has played in 89 Tests, 253 ODIs and 25 T20 Internationals, captaining in 09, 21 and 08 matches respectively in these three formats. He also has the distinction of captaining Pakistan’s triumphant ICC Twenty20 World Cup squad in 2009.