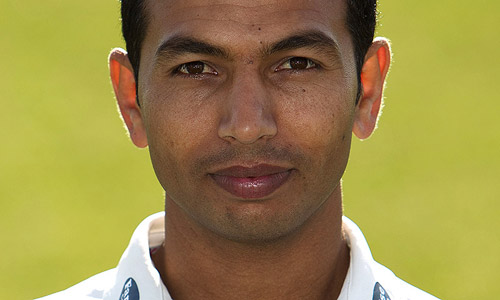 Naveed Arif banned from cricket for life for match-fixing

Former Sussex and Pakistan A bowler Naveed Arif was banned from cricket for life on Wednesday after being found guilty of match-fixing. Arif pleaded guilty to six breaches of the English Cricket Board (ECB)’s anti corruption code in connection with a 40-over fixture between Sussex and Kent in August 2011.

The ECB banned the 32-year-old Naveed Arif from playing, coaching or participating in any form of cricket which is recognized or sanctioned by the ECB, the ICC or any other national cricket federation. “Today’s announcement sends out a very clear message that the ECB has a zero-tolerance approach to corruption in cricket and that it will root out and punish those who pose a threat to the game’s integrity,” ECB chief executive David Collier said. Arif, a left-arm seamer, joined Sussex in 2011 and spent two seasons with the south coast county.

He expressed his regret and a pologised for his actions in a statement through his lawyers. “Mr Arif regrets his conduct which has let himself, his teammates, Sussex County Cricket Club and the cricket fraternity down,” the statement said. “He is deeply ashamed of his actions and, consequently, bringing the game of cricket into disrepute. These actions were unacceptable and Mr Arif has no excuses.” According to ESPN cricinfo, Arif has played for the Gujranwala Cricket Association, Sialkot, Sialkot Stallions and Sussex.

Pakistani cricket chiefs last month publicly disowned Naveed Arif, who was then suspended by the England and Wales Cricket Board on charges of match-fixing. Pakistan Cricket Board (PCB) head Najam Sethi said they had “no relations” with Arif, who was chargedwith six offences relating to a 40-over game between Sussex and Kent in August 2011. -dawn

Eurobond a Funding Source for Pakistan