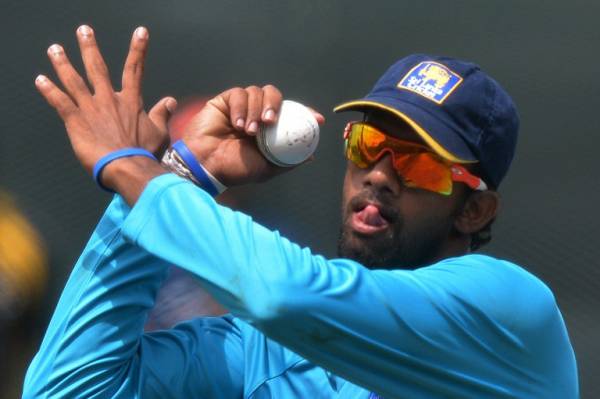 Sri Lanka’s off-spinner Sachithra Senanayake has been banned from international cricket with immediate effect after his bowling action during a match against England proved illegal, it was announced Saturday. The International Cricket Council (ICC) which investigated a complaint following Sri Lanka’s victory over England at the Lords in May concluded that he used a “an illegal bowling action,” Sri Lanka Cricket (SLC) said in a statement.

Senanayake, 29, who twice recorded career-best figures in the Royal London series, was reported by umpires Ian Gould and Marais Erasmus during a One-Day International series that Sri Lanka won. “The Standard ICC Illegal Action Testing Protocol was used to assess the degree of elbow extension from the point of upper arm horizontal to ball release within the bowling action,” SLC said. “The 15-degree elbow extension threshold was exceeded in the four deliveries considered to be suspect in the 4th ODI played at Lords.

“The report concludes that Sachithra (Senanayake) bowled with an illegal bowling action and consequently he is banned from bowling in international cricket, effective immediately.” Sri Lanka Cricket chiefs had earlier defended Senanayake saying that he had over the past two years played many bilateral ICC tournaments without a hint of suspicion. He has played in 39 ODIs, taken 40 wickets after giving away 1,393 runs. He played one Test match against Pakistan, but took no wickets. He played 17 T20 matches and 18 wickets giving 300 runs.