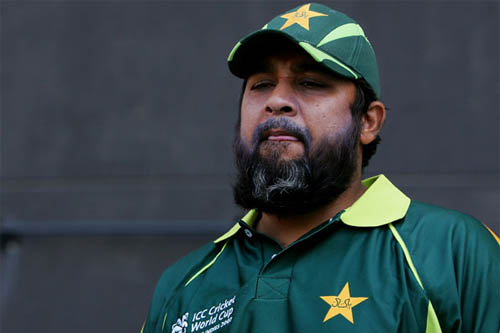 Fitness is the key in any form of outdoor sports. Athletes tend to be fitter than the normal persons because it is essential for them to stay in the game. Therefore, cricketers also pay special attention to their fitness which includes working out, practicing to refine their game and consuming a fit and healthy diet.

Most players consider fitness of the utmost importance to them. However, a lot of players face troubles when it comes to fitness. This could be due to several factors which may include unhealthy diet, improper workout plans, over exertion and in some cases, just being injury prone. Below is the list of 10 most unfit cricket players:

It has been said quite a lot that fast bowlers are more injury prone than the rest of the cricketers. Something similar was the situation with the promising New Zealand pacer Shane bond. His career was highlighted by some serious fitness issues, starting after the cricket world cup 2003 when he suffered a major stress fracture in his back. This put him out of action for 2 consecutive years.

Later, he subsequently changed his bowling action but still was surrounded by injuries. His test career ended when he tore is abdominal muscles in a series against Pakistan. He decided to call it quits and focused more on ODIs. for that Reason We Are Considering him Most Unfit Cricket Players.

Fastest Bowler in History of Game, Rawalpindi Express is another fast bowler who had some serious fitness issues later in his career. He had some serious wrist and back injuries in the year 2004 and also had some severe hamstring injuries from the year 2005 and onwards. He was advised to bowl shorter spells and also to shorten his enormous run-up in order to sustain lesser injuries. he is regarded as Most Unfit Cricket Players from Pakistan.

The Indian pacer too had problems, a lot of fast bowlers face. His career was also highlighted by serious injuries which made it difficult to secure a permanent place in the national squad. he is the Most Unfit Cricket Players from india.

Probably the best leg spinner of all time, Shane Warne had some serious injury issues. Especially in 2001 when he was ruled out due to a finger Injury and were later battling for a place in the Australian national side against Stuart McGill.

This could possibly be recalled as one of the most difficult time of his career. Later he suffered from a shoulder injury in 2002 which put his World Cup 2003 status in doubt and ruled him out of the on-going Ashes series.Warne Considered to be Most Unfit Cricket Players from Australia.

Leading run scorer for Pakistan in One-day Internationals and 2nd leading run scorer in tests, the former Pakistani captain Inzamam was popular for a lot of things apart from his talent on the pitch. One of the reasons was him being overweight and lazy.

He was a poor fielder, often left into the slip area so that he would not have to run much. He is also known for his poor running between the wickets and was notorious for getting people run out. He himself owns the record of being run out 40 times. That is the second highest times in cricket history. he is the Most Unfit Cricket Players without injuries.

Sehwag is perhaps the most celebrated opening batsman in Indian cricketing history. He holds numerous records which include the fastest triple century in One Day Internationals. However since the 2007 T20 world cup, Sehwag has faced some serious injury and fitness troubles. This includes some severe ankle injuries too.