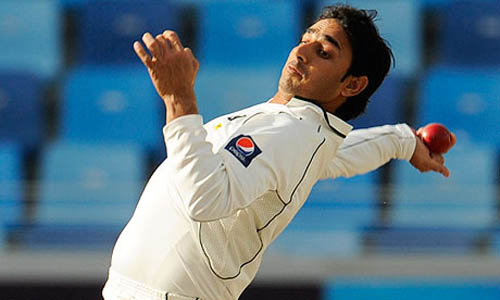 Pakistan off-spinner Saeed Ajmal has been suspended for an illegal bowling action, the International Cricket Council (ICC) said on Tuesday.

“An independent analysis has found the bowling action of Pakistan’s off-spinner Saeed Ajmal to be illegal and, as such, the player has been suspended from bowling in international cricket with immediate effect,” an ICC release said. “The analysis revealed that all his deliveries exceeded the 15 degrees level of tolerance permitted under the regulations.” Pakistan Cricket Board (PCB) will be appealing against the decision.

This is the second instance of Ajmal being reported for a suspect action. Ajmal’s action was declared suspect by field umpires Ian Gould and Bruce Oxenford during the first Test against Sri Lanka in Galle on August 11 over a number of deliveries.

In April 2009, the bowler was reported for his action while bowling the doosra, and was cleared the following month.