Shane Watson Out Of Pakistan Test Series With Injury 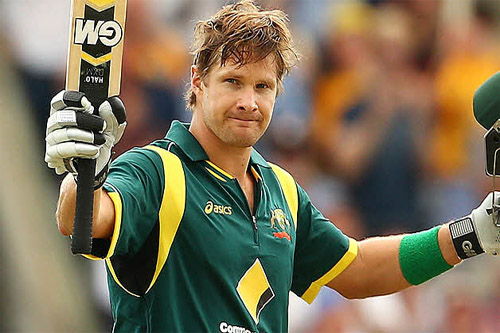 Injured Watson out of Australia's series against Pakistan

Injury-prone all-rounder Shane Watson has been ruled out of Australia’s entire series against Pakistan in the United Arab Emirates with a calf injury,

the country’s cricket board said on Sunday.

Watson missed the 50-over tri-series against Zimbabwe and South Africa, having rolled an ankle when he stepped on a ball at training, but this time his troublesome calf keeps him out of the month-long tour of the UAE.

Tasmania paceman Ben Hilfenhaus will take Watson’s place in the test squad, while Kane Richardson has been named as a replacement in the limited-overs, Cricket Australia said in a statement.

Australia have already lost captain Michael Clarke for the limited-overs matches of the series due to a hamstring injury and the top batsman is still a doubt for the tests.  After a one-off Twenty20 match on Oct. 5, Australia play Pakistan in three one-dayers over the following week before the first test starts on Oct. 22 in Dubai. (Reuters)