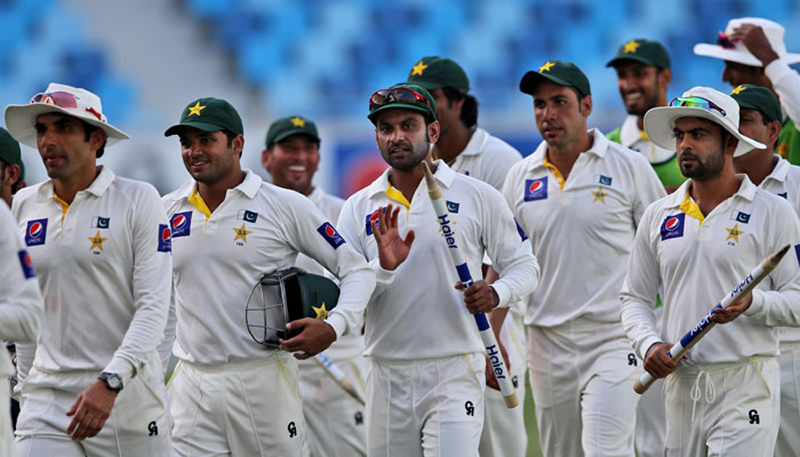 Pakistan retained the same 16-man squad for the first Test against New Zealand in Dubai, which earlier this week defeated Australia in a series, selectors said Thursday. Pakistan won the two-Test series against Australia 2-0, their first win against their opponents in 20 years.

Chief selector Moin Khan said it was necessary to keep the consistency in the first of three Tests starting from Sunday. This is to ensure there is consistency, which will bring more stability and strengthen team bonding and combination,” Moin is quoted in a Pakistan Cricket Board release. Moin said the win highlighted the efforts by the players and the support staff. “We’re proud of Team Pakistan’s achievement in the series against Australia, which has been acclaimed locally and internationally. It was a heroic performance, led by the experienced duo of Younis Khan and Misbah-ul-Haq, admirably supported by the youngsters, and good training by the support staff,” said Moin.

Younis amassed 468 runs in the two matches while Misbah hit centuries in each innings of the second Test, besides setting the new recod for fastest Test half-century off just 21 balls and equalling the fastest hundred record of 56 balls. “There is no change to the side from the Abu Dhabi Test against Australia as we wanted to ensure there is consistency.” The remaining two Tests will be played in Dubai (November 17-21) and Sharjah (November 26-30) Pakistan will also play two Twenty20 and five one-day international against New Zealand, for which squads will be announced later.