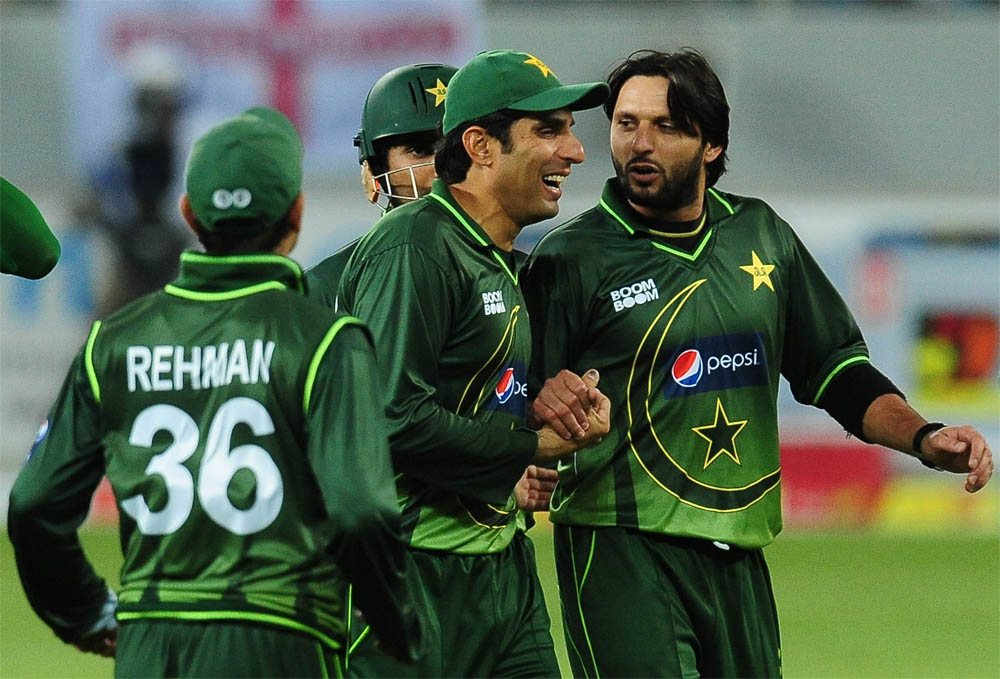 As English cricket returns to a state of relative calm following the fall-out from Kevin Pietersen‘s autobiography, the three-time losing finalists (1979, 1987 and 1992), can concentrate on their World Cup preparations. Unusually, England won’t play any Test cricket between now and the World Cup, instead taking part in a one-day tour of Sri Lanka and a tri-series staged by Australia in a bid to give themselves the best possible chance of winning the tournament for the first time.

But given a lack of proven hard-hitting ODI batsmen — England are pinning a lot of hope on Alex Hales and Jos Buttler — as well as bowlers who can run through, rather than, at best, contain, an opposition top-order, it would be a major surprise if Alastair Cook’s men made it all the way to the final, let alone won the tournament. However, their fans won’t mind too much if they regain the Ashes next year. The pressure will be on Australia as hosts and as the tournament’s most successful team with four titles. India ended the Australians’ 12-year reign as champions with victory in the quarter-finals of the last 2011 event in Ahmedabad. The Michael Clarke-led Aussies are third ranked, just a rating point behind South Africa and recently completed a 3-0 clean sweep over Pakistan in the UAE before suffering a two-Test whitewash.

The hosts’ chances hinge on the fitness of skipper Clarke and the explosive and improvised batting of Aaron Finch, David Warner, Steve Smith and Glenn Maxwell, while Mitchell Johnson is the most lethal paceman in world cricket. Australia will have a thorough lead-in to the World Cup with a five-game ODI home series against South Africa in November followed by a tri-series involving India and England in January. The 1996 champions, who were beaten by Australia in the 2007 final and lost out to India four years later, have been one of the most consistent teams in recent years. Angelo Mathews’ men should have no complaints about the build-up to the tournament. After a hurriedly-arranged ODI series in India this month, Sri Lanka host England for seven matches and then tour New Zealand over the New Year for two Tests and another seven one-dayers. Gone are the heady days when Bangladesh stunned Australia in a one-dayer in England and knocked India out of the 2007 World Cup. Victories are so rare these days that Mushfiqur Rahim’s team has lost all 12 one-dayers they have played this year. Tamim Iqbal is almost unrecognisable as the flamboyant opener who tore apart the best of attacks.

Off-spinner Sohag Gazi has been suspended for an illegal bowling action, leaving Shakib Al Hasan and the gutsy Rahim to carry the team’s fortunes. Bangladesh will be considered to have done well if they qualify for the knock-out rounds. New Zealand have reached the World Cup semi-finals six times (1975, 1979, 1992, 1999, 2007, 2011) and are desperate to shed the tag of perennial also-rans as they co-host the tournament. They have become a disciplined, aggressive unit under captain Brendon McCullum, capable of beating anyone when fit and firing, as ODI series wins against South Africa, India and the West Indies in the past two years have shown.

But two heavy losses to the Proteas last month exposed a lack of depth, particularly in batting, and they may have to recall the talented but troubled Jesse Ryder. The return of Daniel Vettori adds a world-class spinner to a promising attack boasting the new-ball combination of Tim Southee and Trent Boult. Twenty-two years after they were inspired by Pakistan’s World Cup win, Afghanistan’s cricketers gear up for their maiden appearance in the mega event. From learning the game in refugee camps on the Pakistan-Afghan border after the Russian invasion of their country in 1979, Afghanistan cricket has progressed by leaps and bounds.

Captain Mohammad Nabi believes the World Cup will be a big learning curve for his team and if they beat any one of the top teams — with Bangladesh as their main target — it will be an achievement. They were buoyed by beating Zimbabwe twice to share a four-match series earlier this year. Afghanistan will be coached by Englishman Andy Moles after Kabir Khan stepped down. Have plenty of high-level backroom assistance in former Test batsmen Paul Collingwood and Matthew Maynard, the World Cup highlight for a team whose head coach is New Zealander Grant Bradburn is likely to be the pool clash with England in Christchurch on February 23.

Scotland have fallen behind the likes of Ireland in terms of the pecking order among non-Test nations during recent years and this World Cup sees them returning to the showpiece tournament for the first time since a disappointing showing in the West Indies in 2007 where they lost all their group matches. County batsman Kyle Coetzer made 128 in their recent warm-up match against Otago but Scotland still suffered a 67-run defeat by the New Zealand provincial side, suggesting their bowlers in particular could be in for a tough time. Mahendra Singh Dhoni’s defending champions have endured a tough 12 months with a 12-12 win/loss record in one-day internationals so far. What will worry Dhoni and coach Duncan Fletcher is that seven of those losses have come away from home, in New Zealand, South Africa and England.

But with four Tests in Australia and a one-day tri-series with England coming up, India should be in the right groove when they launch their World Cup campaign against arch-rivals Pakistan in Adelaide on February 15. A power-packed batting unit, India will always be considered strong contenders to defend the title — provided the bowlers can stem the flow of runs. AB de Villiers got off to a rocky start as South Africa one-day captain in 2013, losing at home against New Zealand and being suspended for two matches because of a woefully slow over rate. The Proteas were well beaten by hosts England in the 2013 ICC Champions Trophy semi-final and then lost 4-1 in a series in Sri Lanka. Since then, though, South Africa — under an increasingly confident and capable De Villiers — have climbed up the rankings, reaching number one when they won a recent series in New Zealand.

Next up is a series in Australia, the other World Cup co-hosts. De Villiers and Hashim Amla are the top two batsmen in the ICC one-day rankings, while Dale Steyn, Morne Morkel and leg-spinner Imran Tahir lead a strong bowling attack. But South Africa lack a world-class all-rounder and have a poor record in global knock-out games. The 1992 champions are unsure whether they will have the services of ace spinner Saeed Ajmal who has been suspended for an illegal bowling action while the tussle between Misbah-ul Haq and mercurial all-rounder Shahid Afridi over the captaincy has further hurt Pakistan who lost 3-0 to Australia in a recent one-day series.

But despite the usual off-field problems, no one can underestimate Pakistan’s chances. They have some talented players who can match Imran Khan’s cornered tigers who lifted the Cup from nowhere in Australia and New Zealand in 1992. Winners of the first two World Cups in 1975 and 1979, the West Indies’ hopes of reaching a final for the first time since 1983 were already slim before their recent implosion in India. The cancellation of their tour amidst a bitter row between players, union and the WICB highlighted the steady decline of the sport in the Caribbean.

Frustratingly for fans, there had been small signs of life in recent months with a 3-0 sweep of Bangladesh on home ground in the one-dayers followed by a 124-run win against world champions India in Kochi four weeks ago in the first of five planned games. Doubts exist over the West Indies’ ability to even send a full-strength team to the World Cup. Much rests on Chris Gayle’s ability to add significantly to his 8,755 career runs. On an emotion-charged day in Harare in August, Zimbabwe beat Australia by three wickets and showed why none of the big guns in Pool B can afford to take them lightly during the World Cup. Such triumphs may be rare but Zimbabwe will be outside contenders to reach the knock-out stage. Since the 2011 World Cup, Zimbabwe have won ten of 39 matches, but only two wins were against top tier teams, with Pakistan losing one of three matches in Zimbabwe in 2013.

Brendan Taylor and Hamilton Masakadza are mainstays of a sometimes fragile batting line-up but Zimbabwe can rely on good fielding and steady if not especially penetrative bowling. Stalwart off-spinner Prosper Utseya is suspended because of an illegal bowling action and left-arm spinner and useful batsman Sean Williams was not selected for the current tour of Bangladesh after reportedly falling out with coach Stephen Mangongo. It is a measure of Ireland’s success at the last two World Cups, where they have beaten the likes of Pakistan — a 2015 pool opponent — Bangladesh and England, that it will no longer be regarded as a colossal shock should they see off another Test nation in 2015. Several of their players have been hardened by the experience of playing English county cricket, while the squad is set to include Kevin O’Brien, who hit the fastest World Cup hundred of all-time, off just 50 balls, in their stunning victory over England at Bangalore in 2011.

Coached by former West Indies batsman Phil Simmons, Ireland will also look to get one over the Caribbean side — who they’ve beaten in other matches — in the pool phase. But whether any success at this World Cup takes Ireland nearer to their goal of playing Test cricket remains to be seen. Back at the World Cup for the first time since 1996 — where they beat the Netherlands for their only win — the United Arab Emirates team is made up of mostly Indian and Pakistan expatriate talent and boast former Pakistan seamer Aqib Javed, part of his country’s 1992 World Cup winning side, as their coach.

“I think that in 1996, no-one took the UAE as seriously as they do today. There was only limited exposure to the world. People weren’t sure how good UAE cricket was. But now, people have seen UAE playing at different levels, and I think we can surprise a few people and a few teams,” said Aqib. The UAE, who have only had ODI status since this year, were narrowly beaten 3-2 by a Pakistan ‘A’ team in a five-match series. -yahoo