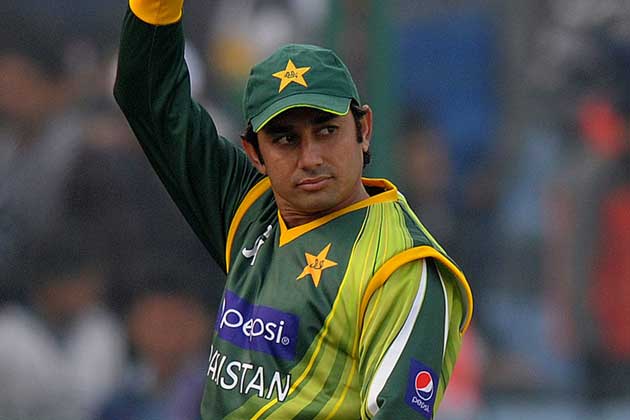 Saeed Ajmal announced he will not feature in next year’s World Cup after he failed to completely correct his bowling action which led to his suspension three months ago, an official said Saturday. The 37-year-old Ajmal appeared before a Pakistan Cricket Board (PCB) committee on Saturday before taking the decision. “Ajmal has taken this decision all by himself as he has not been able to completely correct his action and he will hold a press conference in a couple of days to announce his decision,”

PCB chairman Shaharyar Khan told media. Ajmal’s bowling action was reported during the Galle Test in Sri Lanka in August. His action was found illegal on a bio-mechanic assessment a month later which led to his suspension. “The remedial work on his action will take some time so we are not sending him for an unofficial test,” said Khan. Under the International Cricket Council (ICC) rules all bowlers are allowed to bend their elbow by 15 degrees beyond which the action is deemed illegal. The suspended bowlers need to remodel their action after which they undergo reassessment to get clearance.

Ajmal did remedial work under former Pakistan spinner Saqlain Mushtaq who also advised him to take some more time. Mohammad Akram, head coach at Pakistan’s national cricket academy, said Ajmal has taken an honest decision. “Ajmal wants to play as world number one bowler and not someone who wants to hide for his action,” Akram told AFP. “Saqlain advised him to concentrate on cricket after the World Cup which he has accepted and withdrew from the World Cup,” said Akram.

Pakistan face another race against time on all-rounder Mohammad Hafeez whose action was also reported last month. PCB has decided to send Hafeez to Chennai, India for unofficial tests before applying for reassessment with the ICC. Ajmal’s absence will badly hamper Pakistan’s chances in the World Cup to be held in Australia and New Zealand in February-March next year. (AFP)