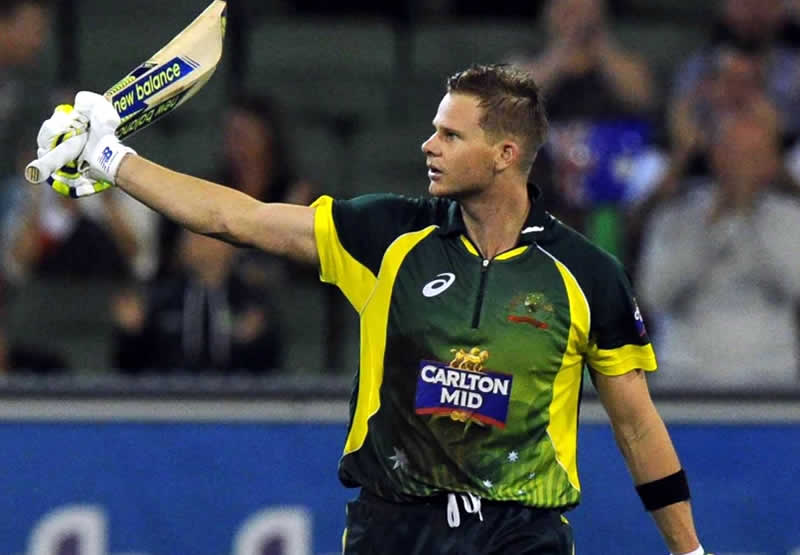 Smith was called in to skipper the team after captain George Bailey was slapped with a one-match suspension over the team’s slow over-rate during their four-wicket win against India in the tri-series match on Sunday. Cricket Australia said Smith, fresh from leading Australia in the Test series against India as regular skipper Michael Clarke recovers from a hamstring injury, will be the nation’s 22nd ODI captain. “Steven’s appointment was a straightforward decision given the excellent impression he made in charge of the side during the Commonwealth Bank Test series when he stepped in for the injured Michael Clarke,” national selector Rodney Marsh said.

“It is unfortunate for George Bailey that he will miss the match in his home state but in Steven we have a dynamic player who leads from the front, by example, and we look forward to him doing so again on Friday.” Australia on Tuesday added Shaun Marsh and Cameron White to the squad for Friday’s match in Hobart to replace Bailey and Warner, who is being rested to recover from hamstring soreness. Fast bowlers Josh Hazlewood and Johnson were also omitted from the 12-man squad, with the former rested due to minor soreness in his left heel and Johnson out for unspecified personal reasons. Coach Darren Lehmann said Australia needed to improve their over-rate. “We have bowled too many wides and we have been too slow between the overs,” he said. “We have got to get better at that. We should be able to get through the overs in three-and-a-half hours with no dramas but we have been too slow.”