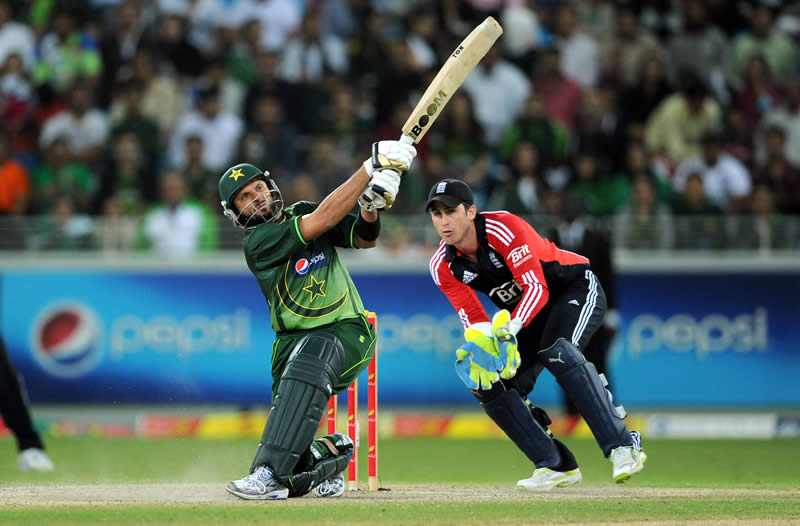 In the world of cricket, some of the batsmen who can destroy the bowling attack with their hard hitting and tear any bowling attack apart, we can call them most “dangerous hard hitters”. These hard hitters are a bowler’s nightmare. Here is the list of Top 10 Most Dangerous Hard Hitters in Cricket. Please let us know your opinion about this list. Comment below if you’re agreed or not. Chris Gayle is unquestionably the world’s most dangerous cricket batsman ever. This big player from West Indies has so much power that even his miss-hits can go over the fence for six. Chris Gayle is definitely a reason for night mares for a lot International bowlers. Shahid Afridi, widely known as ‘BOOM BOOM’ is one of most feared cricket batsman in world cricket. This Pakistani batsman is known for his very aggressive and dangerous batting style. The only way he knows to play cricket is by hitting every bowl he faces. Kieron Pollard is West Indian Cricket team player and is very good hitter of cricket ball. This West Indies cricketer has so much power that when he connects the ball, it mostly sails out of the ground. He is a hard hitting specialist and has a lot of experience to pace his innings according to the situation. Glenn Maxwell is one of the most dangerous hard hitters in currant cricket. This Australian batsman has played 24 ODIs, yet he maintains unbelievable strike rate of 124 in ODIs. His powerful hitting made him a threat to oppositions in all three formats. Yuvraj Singh is left handed Indian batsmen and one of the most destructive batsmen in world of Cricket. When all is well with Yuvraj Singh, he hits the ball as clean and long as it has ever been hit. Yuvraj is extreme hard hitter of ball and once he settles down, than there is no stopping for him. AB de Villiers is kind of batsman who can change the match in a few moment by his explosive hitting. This South African batsman he changed many impossible target to possible with his destructive batting.
He can play in any situation and can hit massive sixes against any bowler. MS Dhoni, the captain of currant Indian team, is one of most dangerous late order batsmen. He has given many unbelievable wins to his team with his aggressive batting. MS Dhoni is considered as one of the hard hitting batsmen, who can strike the ball extremely hard. Brendon McCullum is a New Zealand cricketer, who represents his national side in all Formats. He is truly a specialist big hitter and one of the most dangerous hard hitters in cricket. When McCullum is on the crease, he is headache for any bowler of any team at anywhere. Virender Sehwag is Indian batsman, who has one of the best strike rates in world cricket. Once crossed the score of 20-30 runs, he becomes so dangerous that it becomes extremely difficult. -PTVSPORT