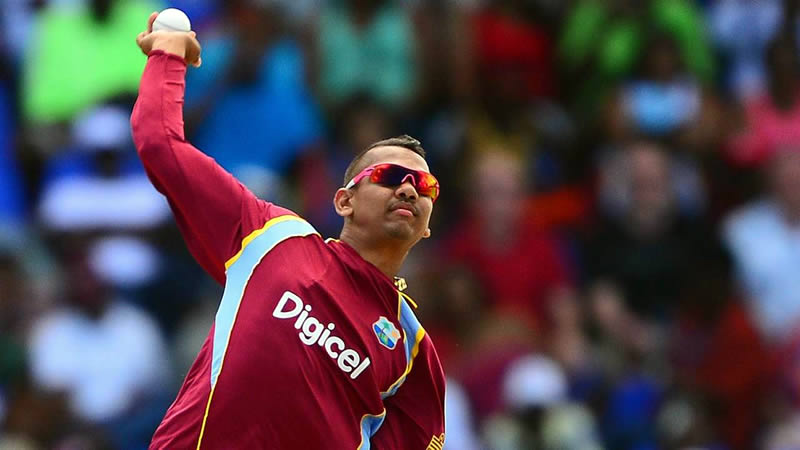 Highly-rated off-spinner Sunil Narine on Tuesday pulled out of the West Indies World Cup squad, saying he needed more time to work on his bowling action.

The 26-year-old has undergone “intense remedial work” after being suspended from last year’s Champions League Twenty20 for an illegal action, the West Indies Cricket Board (WICB) said in a statement. Narine was ruled to have exceeded the the 15-degree flexion allowance, the Board explained. But Narine said he still needed time before taking to the World Cup stage. “Whilst I am very happy with the progress made to date with my action..I am withdrawing from the World Cup,” he said.

“Going into the World Cup is a little too much too soon and, after consulting the WICB, for both West Indies and my sake we have decided to delay my return to international cricket until I am 100% confident in all that I do,” he added. The Board said they backed Narine’s decision to withdraw from the World Cup where the West Indies open on February 16 against Ireland before going on to face Pool B rivals, defending champions India, South Africa, Pakistan, Zimbabwe and the United Arab Emirates. “

Narine has taken a positive approach to his remedial work, remains in an optimistic frame of mind and looks forward to returning to international cricket at the earliest opportunity,” the WICB statement read. “The WICB supports Narine’s decision to withdraw from the CWC squad as to risk his exposure to the intensity of the Cricket World Cup would be both unfair to him and the West Indies squad. A replacement will be named shortly.” (AFP)