Kyle Mills Retires From All Cricket 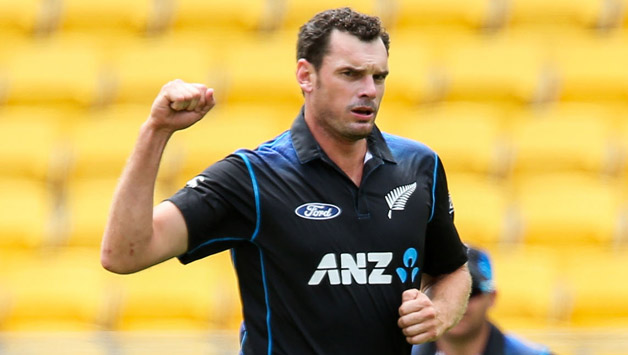 New Zealand fast bowler Kyle Mills has announced his retirement from all forms of cricket, ending a 14-year international career.

The 36-year-old right armer was a member of New Zealand’s 15-man World Cup squad but didn’t play in any of its nine matches. He retires with New Zealand’s second-highest tally of wickets in one-day internationals after Daniel Vettori’s 305. “The time is right for me to step away from playing this great game and devote more time to my family who have sacrificed so much for me to keep playing the game I love,” Mills said.

“There have been many good times and some tough times on the field over the years, but my best memories will be of the team camaraderie and having the time of my life playing cricket for my country with my mates.”

Mills reached No.1 on the International Cricket Council’s one-day international bowlers ranking list in 2009 after taking nine wickets in New Zealand’s series against Australia. While he played at three World Cups, his career was persistently dogged by injuries and he required surgeries for chronic shoulder and knee problems.

7 Men to be Hanged in Sialkot Lynching Case

7 Men to be Hanged in Sialkot Lynching Case