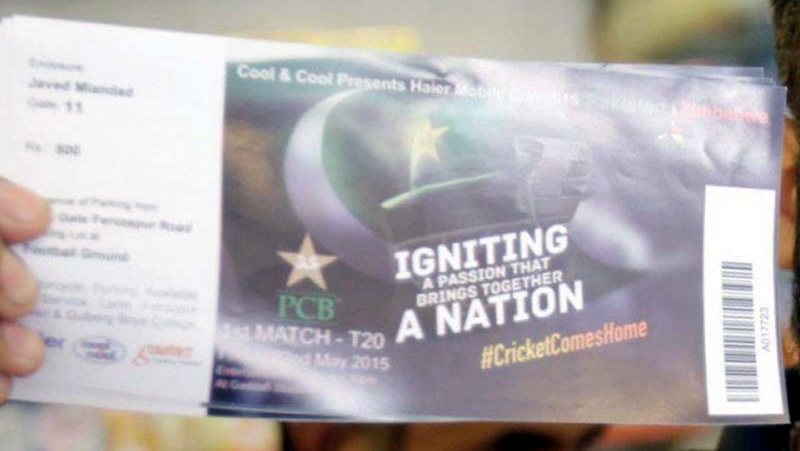 Around 600 tickets worth Rs1500 each were stolen on Friday from The Pakistan Cricket Board (PCB) headquarters in Lahore.

The PCB has registered an FIR while the police have caught a person named Azam selling tickets in black from the Gulberg area of Lahore. Zimbabwe confirmed on last Friday that they will go ahead with the tour, including two T20Is and three ODIs, despite an attack on a Karachi bus on Wednesday that left 45 people dead. Tickets went on sale in Pakistan on May 17 for the series against Zimbabwe, days after a major militant attack put the visit — the first by a Test-playing nation in six years — in doubt. It may be a low-key affair in strictly cricketing terms, but Friday’s opening Twenty20 clash between Pakistan and Zimbabwe in Lahore represents a chance for the hosts to show they are once again open for business.

Cast into sporting exile following the 2009 attacks on the Sri Lankan team, Pakistan have incurred financial losses amounting to $120 million by having to play their “home” games on neutral venues like the UAE, according to an official estimate. Beyond the money, younger crop of players – including established batsmen Umar Akmal, Azhar Ali and Asad Shafiq, all of whom have played 50 or more internationals – have never experienced the lifting effect of a hometown audience or pitch.