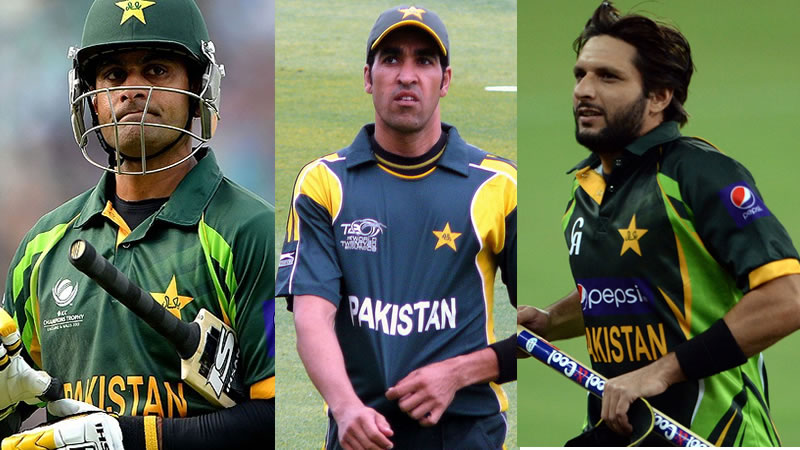 n the blink of an eye, almost 7 years have passed after the inaugural World Twenty20 was launched in South Africa and T20 Cricket made its grand entry at the International level. Since its inception, T20 was expected to favor raw talent the most. The World Twenty20 winners so far have also approved the pattern. Except England in 2010, the other three editions have been won by the unpredictable talents of India, Pakistan and West Indies which plainly goes on to prove that Twenty20 Cricket requires something different than the patient and refined methodologies required in other formats. With the World Twenty20 2014 just round the corner, let’s have a look at the “Top 10 T20 International Players” till date and what they might offer in the upcoming T20Is buffe. Surprisingly Malinga hasn’t been at his lethal best in International T20 Cricket. He has 60 wickets in 50 matches with an economy of 7.37 as compared to his 236 wickets in 175 with an economy of 6.63 in overall T20 Cricket. Even more baffling is that he has only 1 MOM award in all the T20Is he has played. Yet, Malinga is right up there when it comes to bowling at the death in any format. In the last World T20, he won against England single handedly when he picked up 5 wickets on a flat track at Pallekele and we can expect similar performances from him in Bangladesh considering the similarity of conditions. 10th highest Wickets Taker, With 8 MOM awards, the Pakistani T20I captain is the joint second highest MOM award holder in T20Is. He bats elegantly yet quickly at the top and also usually opens the bowling for Pakistan with his clever off spin bowling. And with a left hander usually opening for most teams, it is almost a compulsion for Hafeez to open the bowling. He has been observed to have a completely differently body language when it comes to T20 format as compared to his attitude in longer formats. Last time he led his team to reach the semi-final in World Twenty20 2012. He is expected to take them one step further with the form he is currently in. McCullum has an average of 36 and strike rate of over 135 in T20Is which is unbelievable considering he is the highest run scorer in T20Is history, touching 2000 runs, with a lead of 600 runs over the next man behind him. His magnificent innings against Bangladesh in World Twenty20 2012 was one of the highlights of that edition. However, McCullum would be a little disappointed with not winning a single World Twenty20 despite New Zealand having suited players for the format and him being a world class T20 batsman. Gul is not only the second highest wicket taker in his favorite format, but also the best death bowler in T20I Cricket. He has the ability to pick up brutal figures like 5/6, 4/8, 4/13 and 4/25 with regularity. Gul doesn’t usually take the new ball T20Is, yet played one of the most important roles when Pakistan lifted the World Twenty20 in 2009. However, in the last World Twenty20, it was Gul’s heroics with the bat against South Africa which gained him more popularity. He just recovered from injury and will be difficult for him to come back to his own quickly. Advent of T20 was predicted as a death for spinners around the world. But currently, an off spinner is the highest wicket taker in the history of T20Is with 81 wickets at an average of 17 and economy of just over 6. Saeed Ajmal is probably the most effective bowlers in T20Is who can bowl at any juncture of the game. He can bowl in the powerplay, he can contain in the middle overs and he can control in the death overs, unless it is Michael Hussey batting. However, Ajmal would like to add some MOM awards in his tally during the course of the upcoming tournament. England’s best T20 player, popularly known as KP, is once again not going to play for them in a World Twenty20 tournament. And once again it’s due to all other reasons except that he is out of form or he is inadequate to play in this format. This will be KP’s second consecutive disappearance from the tournament. Pietersen has an average touching 38 in T20Is, with a strike rate of 140+, which is even better as compared to openers like Gayle and McCullum, which just shows his effectiveness even in this form of the game. Moreover, in all World Twenty20s, KP has an average of walloping 45 with a strike rate touching 150. He holds 6 MOM awards for England and the first time ever when England went on to win an ICC event (World Twenty20 2010), KP was player of the tournament. Christopher Gayle averages 33 overall, and over 44 in just World Twenty20 tournaments, which goes on to prove his liking for big matches in this format. He kicked off the World Twenty20 back in 2007 against South Africa with a century and will be expected to do the same this time around if his injury permits him to. He is currently a distinct part of the defending champions and has taken 6 MOM awards so far. Without a doubt, he can be termed as the most explosive T20 batsman in this era. However, his overall average can be a little better considering he bats at the top. The most complete all-rounder in Cricket, Shane Watson ranks third in the list. Watson’s average of batting (28) and wickets in bowling (36 wickets in 41 matches) do not represent the true picture of his performances. He has 8 MOM awards in his tally including an extraordinary performance against India in last World Twenty20. With spin predicted to be the normal service in Bangladesh, Watson has an important role to play if Australia wants to get any close to their maiden World Twenty20 title. As opposed to his other countrymen, the “SIX-SIXES MAN”, Yuvraj Singh has an incredible T20Is record as compared to his IPL record. Yuvraj is the second best player of T20Is with 7 MOM awards in just 34 matches, which means he exhibits a MOM performance within 5 matches that he plays. Since his comeback from cancer, Yuvraj has looked the more himself in T20Is than in other formats. He has already given two MOM performances since his comeback, both at home against Pakistan and Australia. Conditions in Bangladesh will suit to Yuvraj’s style of aggressive play. 9 MOM awards (the highest for any T20I player), which includes MOM awards in semifinal and final of a World Twenty20, 1 player of the tournament award, third highest wicket taker and with a batting strike rate of 143, Shahid Afridi tops the list as the most successful T20I player so far. Afridi is the only player, along with Kamran Akmal, to have played all the semifinals in each of the editions of World Twenty20 so far. Afridi gave two MOM performances in 2013 which means he is in form when it comes to T20I Cricket, to go along with his recent blitz in Asia Cup which was also held in Bangladesh.

10 Disasterous Lollywood Posters That Will Make You Disown Pakistan