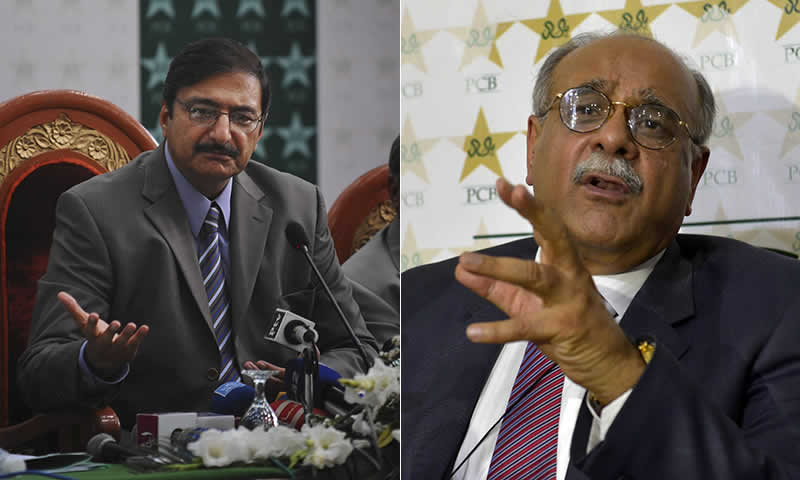 Former chairman of Pakistan Cricket Board (PCB) Zaka Ashraf, while reacting strongly to PCB chief Shaharyar Khan and chairman of the executive committee Najam Sethi’s visit to India, has said that the duo should not have gone to the neighbouring country in the current circumstances.

Talking to Dawn on Tuesday about the proposed meeting between top officials of the PCB and BCCI which was sabotaged by an Indian religious extremist group in Mumbai, the ex-chief of the PCB said that the Indian board in its statement had clarified that it had not extended any official invitation to the PCB. “The PCB chairman and Sethi went to Mumbai just on a courtesy call since there was no official agenda of the meeting, while the PCB was insisting for a meeting with the BCCI officials,” remarked Zaka. Blaming Sethi for the current turmoil, the former PCB chairman said that it was Sethi who had offered unconditional support to the ‘Big Three’ formula without getting assurance for the resumption of the bilateral series.

“I have been opposing the idea of Big Three as PCB chairman because it was giving upper hand to India, Australia and England. “But Sethi gave vote in its favour, allowing the ICC to approve the amendment of Big Three to its constitution.” “When Sethi signed the MoU for six bilateral series in eight years, I had warned that the PCB should have included a clause in the MoU which could provide guarantee to the aggrieved party by giving it the right to move the Court of Arbitration. “But the PCB failed to get any guarantee and voted in favour of the Big Three without getting any benefits in return,” Zaka said while expatiating on the background of the current Pakistan-India cricket turmoil. The ex-chairman while stating that the Board failed to adopt virtues of dignity and respect lambasted the PCB for incessantly pleading with India in connection with the implementation of the MoU.