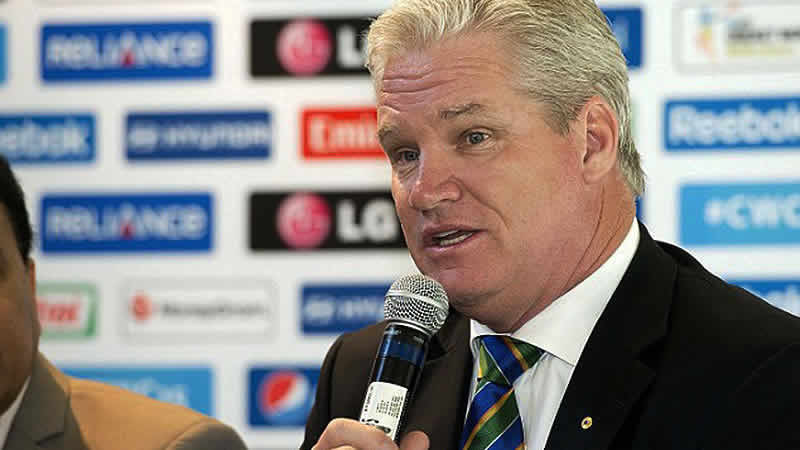 A Pakistan Cricket Board (PCB) official said on Wednesday that former Australian cricketer Dean Jones is a favourite to join the national team as head coach in May.

The official, on condition of anonymity, said the PCB has also finalised the names of former cricketers Mohsin Khan and Iqbal Qasim for the posts of team manager and chief selector, respectively. Moreover, the official said former team manager Moin Khan is not a part of the PCB’s plans.

“Mohsin was keen on becoming head coach but the PCB had offered him the job of the chief selector,” the official told APP. “But Mohsin rejected the offer; therefore, the PCB has decided to appoint him as team manager. The role of chief selector will be given to Iqbal Qasim,” he added.

The PCB had appointed former Test cricketers Wasim Akram and Ramiz Raja to help find the best possible coach for the national cricket team. The new coach will lead the team to England in July as his first assignment.

The official added that earlier, former pacer Aaqib Javed was also interested in the head coach job but when he heard reports that PCB was more inclined toward appointing a foreign coach, he decided to pull out of the race.