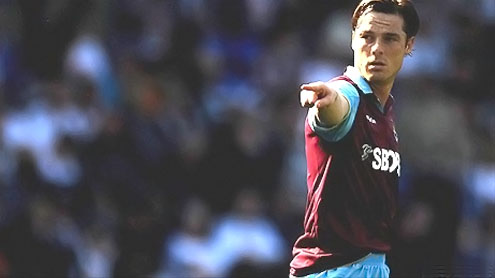 West Ham midfielder Scott Parker has been voted 2011 Footballer of the Year by the Football Writers’ Association.Parker, 30, topped the poll of journalists ahead of Tottenham winger Gareth Bale, who was last week named the Professional Footballers’ Association Player of the Year.Parker’s form this season earned him an international recall for England’s Euro 2012 qualifier against Wales in March.he former Chelsea and Newcastle player will receive the award on 12 May.Parker’s award is even more impressive considering West Ham’s lowly position and the poor season they have had – they head into their last five games of the campaign one off the bottom of the table.”Parker has been so consistent this season with his performances in a West Ham team battling for Barclays Premier League survival and as such has forced himself back into the England national set-up,” said FWA chairman Steve Bates, chief football writer at The People.

“He has been an inspirational figure for the Irons and hopefully his professionalism will be rewarded with West Ham staying up at the end of the season.”In what was one of the tightest votes of recent seasons, Scott is certainly a worthy winner and follows in the footsteps of a long line of superb footballers who have been given this prestigious honour.”BBC Sport’s chief football writer, Phil McNulty, added: “Parker’s selection as the FWA Footballer of the Year only underlines the scale of his contribution to a West Ham team that could still be relegated – and probably would be already if it wasn’t for his professionalism and performances.”It’s often easy to shine in a good side but Parker has carried a poor team and has been so outstanding that he has finally convinced England coach Fabio Capello of his worth. A worthy winner.”As well as Bale, Parker also pipped some high-profile names to the award including Manchester United captain Nemanja Vidic and Manchester City forward Carlos Tevez as well as Blackpool’s talismanic midfielder Charlie Adam.Arsenal manager Arsene Wenger was among the first to react to the decision, saying: “It is a justifiable choice because he has had an outsanding season, until recently when he was stopped by injuries – he was very influential in the West Ham team.” – BBC