Zong to send Pakistan youngsters to UK for soccer training 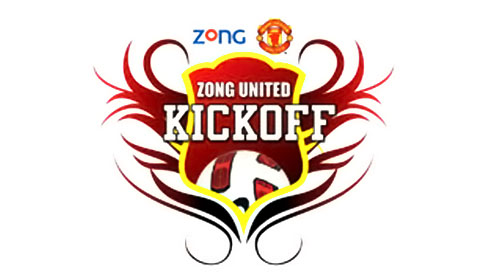 LAHORE: Zong, the digital partner of Pakistani nation, will be sending 32 young boys to Manchester United Soccer School in the United Kingdom for a one week training camp.

Zong’s media manager Amir Pasha told a group of journalists here on Wednesday that Zong was giving this ‘first of a kind opportunity’ of being a hero to the football fans of Pakistan. “In this regard, Zong – the fastest growing network of Pakistan – will be identifying schools teams with maximum number of 16 players per team. First 120 teams to register will then be given a chance to prove their mettle by competing against each other,” he added.

He said Zong Manchester United Staff would consult school football coaches for the selection of players. “16 players identified by the coaches will then come together to form a team.” He said in order to help young individual players a team briefing would be organised in which they would be provided guidance for the complete registration process along with the dates of all the fixtures.

“The trials for selection of teams will be conducted in major cities of Pakistan which includes Karachi, Lahore, Islamabad-Rawalpindi, Multan and Faisalabad. A team of professional coaches will conduct these skilled-based trails and select the best players to form 8 teams with 16 players in each team. Three teams will be formed in Karachi, two in Lahore and one each in Islamabad-Rawalpindi, Multan and Faisalabad,” added Amir.

He said matches would be held among all these teams and the winning team comprising 32 players would be sent to Manchester United Soccer School.“All of those who want to participate in these nationwide football tournaments will be required to purchase and activate Zong-Manchester United SIM to enter the tournament,” he concluded. – Dailytimes