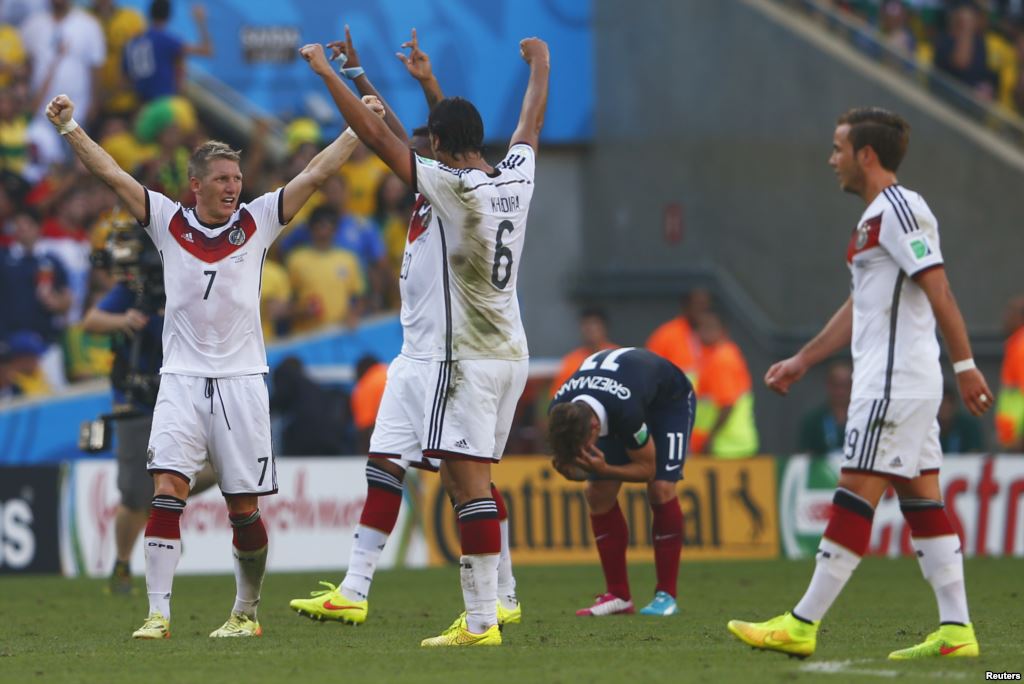 They did it! After an incredible run in the World Cup, Germany came charging into the final on July 13 and defeated Argentina 1-0 on the shoulders of a goal by Mario Götze.

The month-long journey that is the World Cup culminated on July 13 with an incredible match between Germany and Argentina. The extremely talented but tactically different squads totally emptied their tanks in the final match, but in the end Germany was just a little better. After winning 1-0, the Germans absolutely erupted with utter joy while raising the famed golden trophy in the middle of Estadio Maracana.

The game between Argentina and Germany was going to be intense. Both teams were not going to give up a win easily. That’s why it wasn’t surprising when the game went 90 minutes without either team scoring!

The teams would play for 30 additional minutes and then engage in a shootout if no one scored. However, it wasn’t until 113 minutes that Germany would make a move. Mario Götze stunned Argentina with an unbelievable goal that sailed right past Argentina’s goalkeeper. That goal marked Mario’s 11th goal in this year’s World Cup, but this one is the onehe’ll always be remembered for.

Germany has now won the World Cup four times. The last time they won was in 1990. However, this is the first time that any European country has won in the Americas.

Argentina had some great chances at the goal, but nothing came of them. Lionel Messi had one last kick, but to no avail. Gonzalo Higuaín thought he had made a terrific goal, but was offsides. Gonzalo was called for a foul after he collided with Germany’s Manuel Neuer.

Both Germany and Argentina had thrilling runs to the World Cup final — and both were favorites the whole way. Coming in as the No. 2 ranked team in the world, Germany performed exactly as they were expected to the entire tournament. They won the Group of Death like they were supposed to before winning knockout matches against Algeria, France, and Brazil.

That last win against Brazil in the semifinals was one of the most impressive displays of dominance the World Cup has ever seen — Die Mannschaft scored five goals in 29 minutes and ended up winning 7-1. And did we mention they did all that while in Brazil!?

Argentina’s trip to the final was just as exciting, thanks in large part to Lionel Messi. The greatest in the world scored four goals in the team’s first three games, leading them to a perfect record in the group stage. They then won nail-biters against Switzerland, Belgium and the Netherlands to jump into big game.

After an incredible month of soccer, we’re SO sad to see the World Cup end. It had so many memorable moments — Messi’s strikes, Team USA’s run, that German beat down — and it hurts to think that we have to wait another four years until this happens again. -hollywoodlife