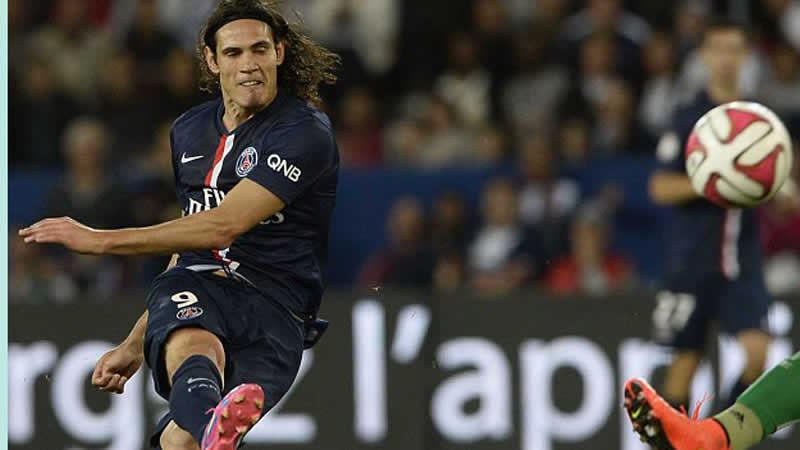 Earlier in the evening Bordeaux beat Monaco 3-0 while Lyon won their last ever game at the Stade Gerland, 2-1 over second-tier Tours. Paris coach Laurent Blanc rotated his side, who drew a home tie with Lyon in the quarter-finals, and Italian goalkeeper Salvatore Sirigu was acclaimed by the crowd as he made only his second start of the season after being displaced by newly arrived German stopper Kevin Trapp. PSG s record goal-scorer Zlatan Ibrahimovic almost added to his collection of spectacular strikes when hitting the woodwork with a scissor-kick in the opening period.

The Swede looked disgruntled when he made way for Angel di Maria after an hour, but it was a decisive switch. Di Maria teamed up with fellow sub Cavani to grab the winner after a fine pass and finish in the 86th minute of a tight game as Paris went all out for a goal to avoid extra-time and penalties. And Cavani s left-foot volley was as beautiful as Di Maria s defence splitting lob that found the Uruguayan running full-pelt into the area before curling a deft shot past Jessy Moulin in the Saint Etienne goal. Three-time winners Bordeaux also booked their place in the quarter-finals brushing aside Monaco with relative ease. Teenage striker Adam Ounas struck a superb 16th-minute opener for the hosts before Uruguayan forward Diego Rolan curled home a second goal just before the hour.

Bordeaux captain Henri Saivet headed in a third two minutes from time to seal just a second win for Willy Sagnol s men in their last eight matches. Two goals from Claudio Beauvue ensured Lyon ran out winners ahead of their move to a new 59,000-capacity stadium in January. South-coast giants Marseille beat Ligue 2 s Bourg en Bresse 3-2 away to secure their place in the last eight, while other Ligue 1 outfits Lorient, Lille, Guingamp and Toulouse all went through on Tuesday.