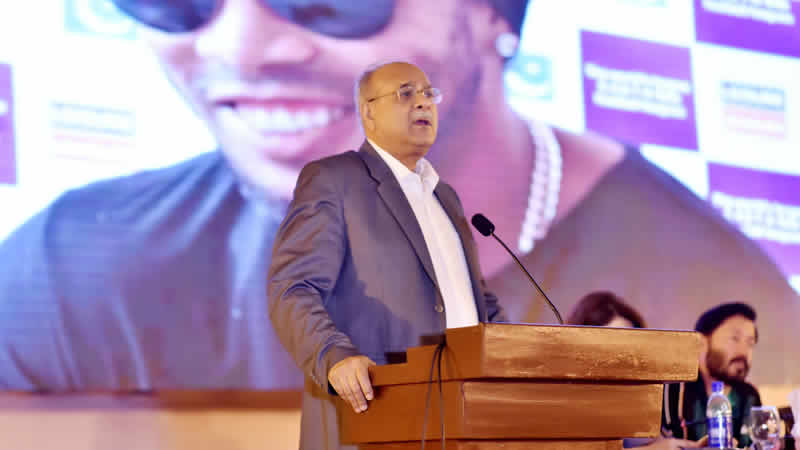 9th May, 2017 Lahore: The Leisure Leagues Pakistan is all set to revolutionise football in Pakistan. Leisure Leagues is a UK-based organisation which holds five-a-side, six-a-side and seven-a-side leagues in England, Wales, Scotland, Northern Ireland, Republic of Ireland and USA.

Expanding their network in Pakistan, the COO Ishaq Shah stated,’ Leisure Leagues Pakistan is creating new avenues for football in Pakistan. Bringing international players to Pakistan is a huge feat and hosting the likes of Ronaldhino and Nicolas Anelka is a great honour for us”. Former PSG, Liverpool, Chelsea, Manchester City and French International talisman Nicolas Anelka is the latest player to sign a deal to join Ronaldinho & Friends for a match in Pakistan this summer. Anelka will join Brazilian star Ronaldinho, Netherlands’ Goerge Boateng and England’s David James for an exhibition seven-a-side match in July between Pakistan Stars vs Rest of World stars in Karachi. 38-year-old Anelka has represented France national football team in 69 international games between 1998 and 2010. Anelka, in a statement released by the organisers of Leisure Leagues, said he is looking forward to visiting Pakistan and has a special connection with the country.

“The aim of my participation is to help boost football in Pakistan and having embraced Islam as my religion I have a special connection with Pakistan,” Anelka said in a statement released to the media by the organisers. Nicolas Anelka has also played at some of the world’s most renowned clubs. During his football career of Anelka travelled with various football clubs in Europe and beyond. Anas Trunkwala COO of World Group stated that bringing International Football to Pakistan has been an immense feat to accomplish. We are proud to play a part in bringing this initiative to this Pakistan, we have huge football following Pakistan and this is a treat for all of the fans. Najam Sethi graced the event with his presence and said that introducing international level football in Pakistan is opening new avenues in the sports industry. “I commend Ishaaq Shah for bringing this venture to Pakistan. It is international events like these that will entrench Pakistan’s footing on an international level.” Read More: World Cup 2014 to be Most hi-tech Football Event Ever

Jahangir Khanzada the Sports Minister Pakistan commended Leisure Leagues for bringing this amazing initiative for sports in Pakistan. The Leisure League is all set to transform the landscape of football in Pakistan.

PPP Has No 'Match' To Win Against PTI: Zardari