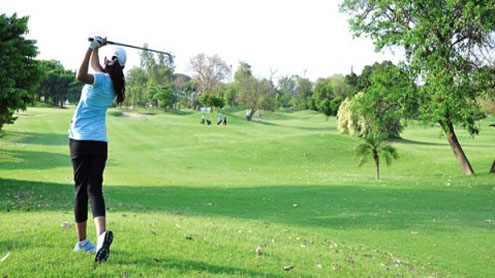 LAHORE: In a periodic review of Golf Courses around the world carried out by Golf Digest under the label, Planet Golf, the Royal Palm Golf and Country Club Golf Course has been ranked as the best golf course in Pakistan.

The ranking of Royal Palm Golf Course is a part of the individual rankings of golf courses in 203 countries based on a large global panel survey involving 609 panelists, 11426 individual course evaluations, with input from 30 international editions of Golf Digest (May 2012, vol 63, no 5, page 124). A significant feature that emerged through this survey was that growth of golf in USA has stalled and in 2011 there was a net loss of 140 courses in America.

The survey also highlights that, internationally, a lot of exciting new prominent golf courses have come up, like Yas Links in Abu Dhabi, Barnbough Lost Farm in Australia, Castle Stuart in Scotland, Black Mountain in Thailand and many others. Then there are other countries which have joined the league of golf nations by adding their first golf course and include Belarus, Equatorial Guinea and Sudan. However some countries still have no golf course, the most populous being Iraq (32 million inhabitants) and Yemen (24 million).

The survey also states that Planet Golf is a world of 32,515 golf courses, played and beloved by 60 million people who are proud to call themselves golfers. As for Royal Palm Golf Course, it has played host to numerous national and regional golf tournaments including the National Amateur, Pakistan Open, SAARC Golf Championship. In these competitions, national teams and players of South Asia participated. Soon Royal Palm hopes to host the Asian Tour Event in Lahore. – PT