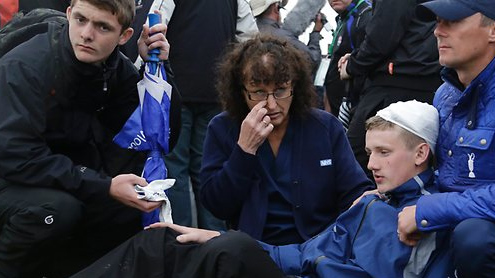 A 16-year-old boy was hit on the head by an errant drive from the world’s number two golfer, Rory McIlroy, at the Open Championship at Royal Lytham and St Annes, media reported.

Jason Blue, from Bristol, was taken to a first aid point just behind the 15th fairway, where he was standing when he was hit – after the Northern Irish star had come over to apologise and given him an autographed glove. He was then moved to the main medical HQ at the course where he was seen by a doctor. daily times monitor -Dailytimes