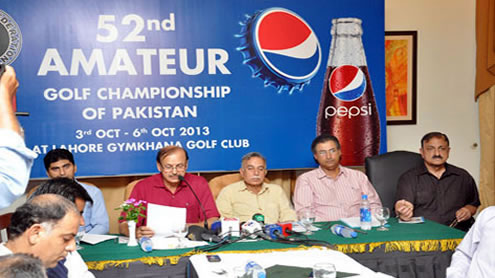 LAHORE: The second round of the 52nd Amateur Golf Championship of Pakistan in progress at the Lahore Gymkhana Club Golf Course produced enough sparks here on Friday.

In the contest for International Team Match, that left the hosts team in agony, Bangladesh emerged victorious, capturing the title. Bangladesh were poorly placed, far behind Pakistan B team at the end of the first round but on the second day Bangladesh youngsters Mohammad Sajib Ali and Mohammad Sagor took control of the situation and through consistent excellence, found their way to glory on the Pakistani soil. On the first day, Sajib Ali had a dismal round of 81, but yesterday he displayed champion like form to manage a round of 70. His teammate remained steady in both rounds with scores of 74 on the first day and 73 on the second day. Bangladesh team aggregate was 298. Pakistan A team comprising Waseem Rana and Ghazanfar Mehmood ended up runners-up with a team score of 301. Pakistan B team came third, their team score being 303.

In the individual title race the game still favours Naeem Rana of Peshawar. At the close of the second round, Naeem was ahead of the other competitors. Sardar Murad of Gymkhana Club and Taimur Khan of Peshawar were just one stroke behind and all determined to move ahead with some exemplary performances. Ali Hai gave a wonderful performance with a round of gross 69. He was at his playing best. Murad was brilliant all through the second round with five birdies but a slight miscalculation on the closing hole messed up his score and prevented an under par round. In the Inter Association Team Match, Sind and Punjab were tied at a score of 451. Khyber Pakhtunkhwa were at a score of 457. – Dailytimes