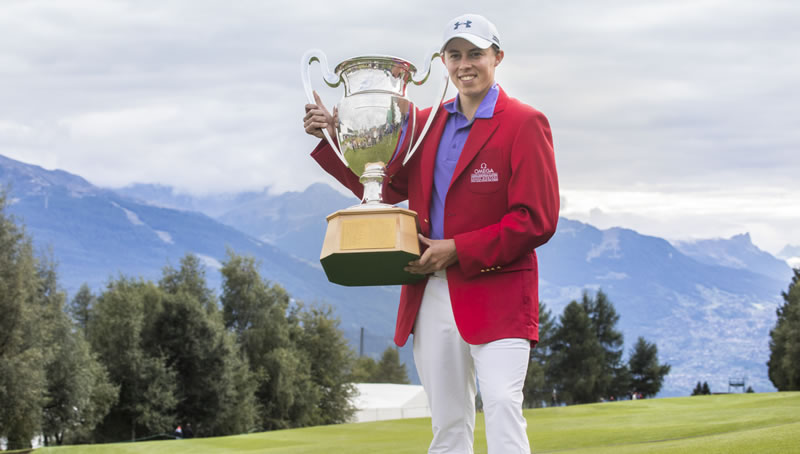 The OMEGA European Masters 2017 concluded in Crans-Montana, Switzerland on 10th September, 2017 with Matthew Fitzpatrick of England being declared as the winner and receiving OMEGA Seamaster Aqua Terra 150M Master Chronometer along with other prizes. The 41mm watch from the new collection features a symmetrical 18K Sedna™ gold case and a sun-brushed brown dial with a distinctive horizontal “teak” pattern. There is also a date window at 6 o’clock and 18K Sedna™ gold hands and indexes filled with white Super-LumiNova. Presented on a brown leather strap, the timepiece is powered by the OMEGA Master Chronometer calibre 8901, certified at the industry’s highest standard for precision and performance by the Swiss Federal Institute of Metrology (METAS).

Raynald Aeschlimann, President and CEO of OMEGA, was amongst the spectators and said, “OMEGA has enjoyed another very memorable year here in Crans-Montana. We’ve hosted our first OMEGA Celebrity Masters, which was a special highlight, and the OMEGA European Masters itself delivered more great action from the course. What a wonderful way to celebrate Switzerland and OMEGA’s connection to golf.” The OMEGA European Masters is the oldest golf tournament in Europe. Not only is it renowned for its Swiss heritage, but also for the majestic mountain scenery that is a delight for both players and spectators. Although it was first played in 1923, this prestigious competition has been title sponsored by OMEGA since 2001 as it is also played in Switzerland, the home of OMEGA’s watchmaking.