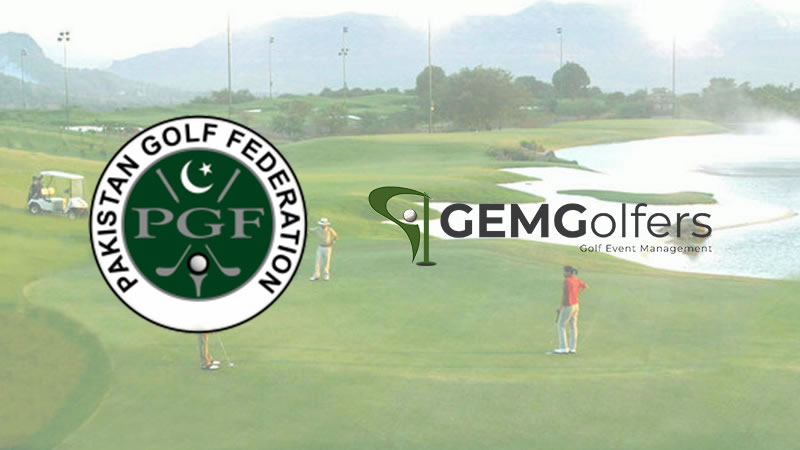 The ‘wind of change’ is noticeable in the golf arenas of Pakistan. The Pakistan Golf Federation (PGF) has taken the big step and entered into an association with IT experts by introducing the Gem Golfers Golf Event Management Technology which will help to eliminate manual scoring previously prevalent at golf championships and instead offers live scoring, thus meeting a long standing demand of golf professionals, golf amateurs including women amateurs and tournament organisers.

The Gem Golfers System was recently put in place during the 39th Punjab Open Golf Championship held at the PAF Skyview Golf Course in Lahore and noticeable was the cheer and happiness of the competing golfers as the system significantly simplified event management and considerably enhanced golfer experience.

Through reliance on the scoring system, for the first time golf champions felt facilitated and even champions like M Munir and Matloob Ahmed spoke about how incredible this facilitating system was for them. Matloob, the number two ranked golf professional of the country, loved it when he could keep a track of his own scores and also the scores of his fellow competitors and thereby see how he stood in the ongoing competition.

Even the competing women like Parkha Ijaz and Suneya Osama felt facilitated and as for the fans of the prominent champions they just loved the fact that they could constantly watch the progress and scores of their favorite players, all on their phones in any geographic location.

Shoaib Shams, an IT wizard and author of this system, explained that features of the Gem Golfers Technology are extensive and enable managing and executing golf tournaments and lend comprehensive support to the highly competitive golfing activity. Starting from the organising of the tournament all the way to its closing, the system works through web and mobile Apps.

And features include tournament set up, tournament launch and most essential: live scoring. The live leaderboard is available both in the App as well as on internet. There also exist many allied features which allow for daily rounds and group golfing. What needs to be highlighted is that the Gem Golfers has been designed by golfers and is for golfers ensuring joy and fulfillment for all stakeholders associated with golf championships.