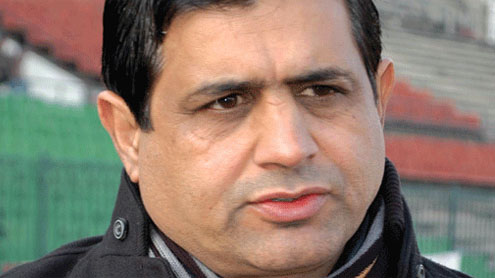 LAHORE: The Pakistan Hockey Federation (PHF) expressed disappointment on Wednesday after India refused to take part in a field hockey event in Pakistan that the national federation hoped could revive sporting ties between the two nuclear-armed neighbours.

PHF secretary general Mohammad Asif Bajwa said the federation was informed that the government in New Delhi had blocked the visit. “It is very disappointing that India has refused to send their team, terming the current situation not conducive for the tour,” Bajwa was quoted as saying. The PHF had hoped India’s participation alongside Pakistan and Malaysia at the event here at National Hockey Stadium from April 9-13 could be a first step towards reviving a bilateral hockey series, last held in 2006.

India suspended all bilateral sporting ties with Pakistan after gunmen attacked Mumbai in November 2008, killing 166 people. New Delhi blamed the attacks on Pakistani militants. Violence-hit Pakistan was then stripped of its World Cup 2011 co-hosting rights after gunmen attacked the Sri Lankan cricket team in Lahore in March 2009. “We had made top-level security arrangements for the event and had thought that the event would give a new fillip to Indo-Pak hockey as both countries are also participating in London Olympics 2012, but everything is spoiled,” added Bajwa.

New rules of engagement with US must respect sovereignty: PM