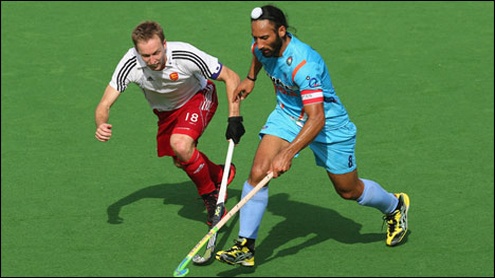 NEW DELHI: A financial windfall awaits the world’s leading field hockey stars when they play in a new Indian tournament next month on the lines of cricket’s popular Indian Premier League.

The Hockey India League (HIL), sanctioned by the sport’s world governing body, will have the top stars turn out for five franchised-based teams from January 17-February 17, organisers said on Sunday.Indian captain Sardar Singh was picked up by the Delhi Wave Riders franchise for an annual salary of $78,000 at an auction that began in New Delhi on Sunday and was expected to continue late into the night.

Mumbai Magicians was the fifth franchise in the fray.The money paled in comparison to what cricketers make in the five-year-old IPL — where top players earn around $2 million a year — but was still a financial bonanza for the hockey stars.Each of the five squads will have 10 foreign and 14 Indian players for the televised tournament described by HIL boss Narinder Batra as a “game changer” in the world of hockey.

“The tournament not only provides players a great platform to showcase their skills, but also helps them gain financial rewards and raises the profile of hockey in India and across the world,” said Batra.Among the renowned coaches signed up by the franchises, owned by Indian business houses, were Ric Charlesworth and Barry Dancer of Australia, and Roelant Oltmans of the Netherlands.

Hockey, often regarded as India’s national sport despite the country’s obsession with cricket, has been relegated to the background in recent years due to the team’s poor showing in major events.India, who won the last of their eight Olympic gold medals at the Western-boycotted Moscow Games in 1980, failed to qualify for the Beijing Games in 2008 and finished last in London.The HIL follows the launch last year of the unsanctioned World Series Hockey, another big-money event organised by the rebel Indian Hockey Federation that opposes Hockey India. – Nation