by ToP
in Featured, Hockey
0 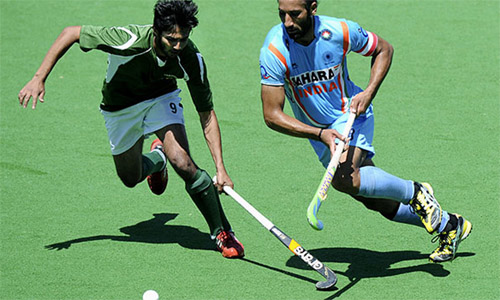 Defending champion Pakistan beat arch-rivals India 2-1 in a pool “B” match in the Asian Games hockey event at Munhak Hockey Stadium on Thursday.

The crucial encounter decided the fate of the group as the win lifted Pakistan to the top of the pool, sealing a place for the defending champions in the semi-finals.

Pakistan will be meeting Oman in its last league tie. Pakistan is so far looking strong having earlier won two opening leagues. While there were some problems against China in the first two quarters, the team delivered sparkling performance in the last 20-minutes.  [contentblock id=2 img=adsense.png]Bhutta scored the first goal in the 37th minute, leading Pakistan 1-0 at the end of the third quarter with only 15 minutes left to play.

Nikkin Thimmaiah leveled the score for India in the 53rd minute, only for Pakistan to take the lead again two minutes later as Waqas scored after a great scramble.

The defeat was the first in three games for the Indian side. Pakistan now advance to the event’s semi-finals. The winner between India and China on Saturday will determine the other semi-finalist from the pool. Both teams are level on six points from three matches. -dawn