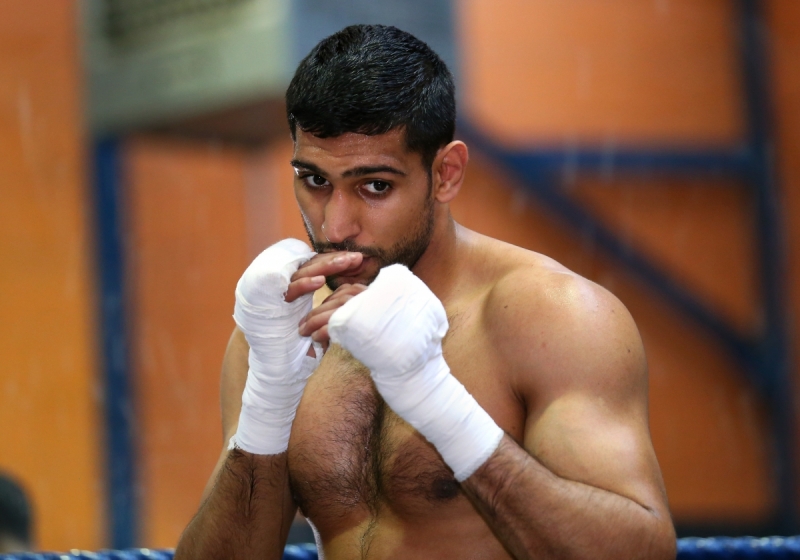 British boxer Amir Khan on Sunday announced he will set up a boxing academy in Pakistan.

Speaking to the media, Khan strongly condemned the Peshawar carnage which led to loss of 150 lives in an army-run school earlier this month. Khan, who is of Pakistani origin, has travelled to the country to show solidarity with the victims of the attack as well as their families. “What has taken place in Peshawar is absolutely horrific and sickening,” the WBC welterweight world champion had told a news conference in Islamabad.

“After recently becoming a father myself, I can’t imagine how the families of these innocent children are feeling.” Last week, Amir also confirmed about his plans to hold an auction for a $45,000 pair of shorts to raise money to help rebuild the school. The British boxer will also be holding a press conference at 4pm today. -tribune