by ToP
in Snooker
0 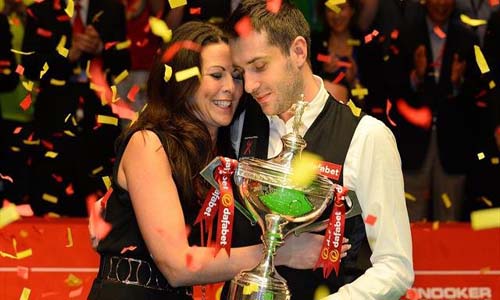 Before the final session of last night’s world snooker final, there was a parade of former Crucible champions. Of those past winners, it is fair to say that it was Cliff Thorburn who probably most appreciated the manner of Mark Selby’s subsequent victory over Ronnie O’Sullivan.

This was a throwback to an age when patience, playing safe, stifling your opponent and then delivering slow and deliberate punishment was more effective than rapid-fire potting. Alex Higgins, when he was beaten 18-16 by Thorburn in the 1980 final, christened his opponent ‘The Grinder’ and O’Sullivan must have felt something similar last night. For Selby to win while playing with so little fluency for so much of the match was a remarkable testimony to his resilience and sheer blooded-minded determination to fulfill a promise that he made 14 years ago to his dying father that he would, one day, become world champion. To his credit, O’Sullivan could admire the manner of Selby’s victory.

“He’s tough,” he repeatedly said after the match. If there is a small chink to be found in O’Sullivan’s armour it is against a player of Selby’s style. Over a long match, the cumulative impact of so many scrappy frames, so few clear chances and such disciplined safety play can eventually disrupt his rhythm. It happened also at The Crucible in 2005 against Peter Ebdon and the following year against Graeme Dott. The difference this time was that O’Sullivan never faltered in his mental focus and, but for a crucial miss here or there, might still actually have won this war of attrition himself.  -telegraph